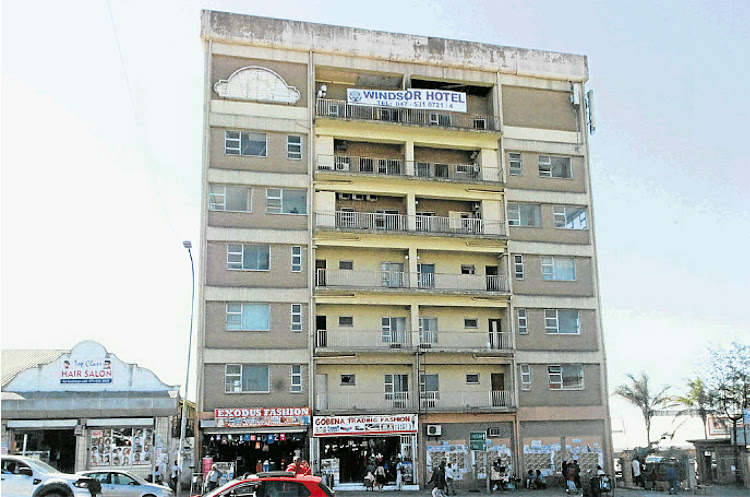 The Windsor Hotel in Leeds Road is one of the buildings that has allegedly been ‘hijacked’.
Image: LULAMILE FENI

The government has been told that 100 buildings in Mthatha, including hotels and warehouses, have been hijacked and are now run by one syndicate.

He said Mthatha was turning into a “mini banana republic”.

Madikiza wrote to Oscar Mabuyane, who is both the finance MEC and the ANC’s provincial chairman.

In a follow-up to the letter on Tuesday, the forum met a team of government leaders at Mthatha’s Savoy Hotel. The forum, represented by business leaders, professionals, royals, the clergy and community elders, called on the state to send law enforcement agencies, and asked for a crackdown on the “hijackers”.

Qwase said more than 20 properties including residential properties and farms belonging to the national and provincial public works departments had been hijacked or “sold”.

The forum said some people involved in the invasions claimed to be traditional leaders in Mthatha West who were evicting legal state tenants and replacing them with tenants who paid rents to the crooks.

Retired Mthatha director of prosecutions Humphrey Lusu said: “Police laxity and inertia is worsening the situation. These people should have been arrested for trespassing in the first place. This is ridiculous. Do you suggest that I apply for a court order to remove a person trespassing in my own house? On my own property? It can’t be!”