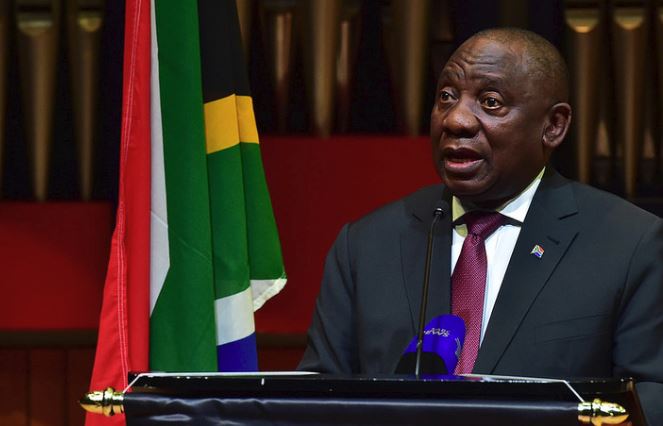 There are no farm murders or land grabs in South Africa.

This is according to President Cyril Ramaphosa‚ who made the statement during an interview with Bloomberg on Wednesday.

Ramaphosa was talking about meeting US President Donald Trump‚ but said they never discussed Trump’s tweet on the subject.

Trump tweeted on August 23: “I have asked Secretary of State Mike Pompeo to closely study the South Africa land and farm seizures and expropriations and the large-scale killing of farmers.”

I have asked Secretary of State @SecPompeo to closely study the South Africa land and farm seizures and expropriations and the large scale killing of farmers. “South African Government is now seizing land from white farmers.” @TuckerCarlson @FoxNews

Ramaphosa said: “But on the tweet itself‚ it was clearly misinformed. Whoever gave him that information was clearly wrong.”

Ramaphosa’s remarks have ruffled AfriForum’s feathers. They said on Thursday they were going to send the loved ones of farm murder victims across the Atlantic as part of the next phase of their awareness campaign about farm murders and expropriation without compensation.

According to the latest crime statistics‚ there were 62 recorded farm murders‚ 33 house robberies‚ six attempted murders and two rapes on farms in 2017/18. This pales in comparison with the 57 South Africans murdered daily.

“AfriForum wants to provide farm attack victims and their families with the opportunity to tell their stories to opinion formers‚ politicians‚ government representatives and the media in Washington‚” AfriForum said.

AfriForum deputy chief executive Ernst Roets said Ramaphosa’s remarks were “a slap in the face of the more than 10‚000 people who were attacked on South African farms‚ as well as the families of the approximately 2‚000 victims who were killed in these farm attacks”.

He added: “There is no way to beat around the bush or tone down what the president said. It is shamelessly false.”

IRR chief executive Frans Cronjé said Ramaphosa’s remarks were “offensive to the victims of farm murders - black and white - and to the millions of South Africans who live with insecure title to the properties they occupy”.

The IRR advocates for all South Africans to have property rights. They also want the government to support emerging black commercial producers by providing them with title‚ cheap financing and proper extension services.

“What is necessary is to face the hard facts that the policy of expropriation without compensation has been a political and economic disaster‚ and to abandon that policy and replace it with new and effective models of land reform that secure and expand the property rights of all South Africans in order to stabilise the economy while at the same time ensuring that proper restitution takes place‚” the IRR said.