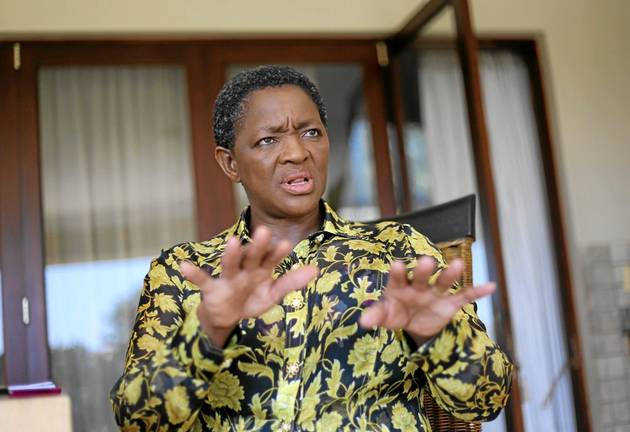 The Ahmed Kathrada Foundation has joined the call for the dismissal of former social development minister Bathabile Dlamini.

The foundation's call comes after the Democratic Alliance (DA) earlier on Friday called for the quick dismissal of both Dlamini and Home Affairs minister Malusi Gigaba.

The Constitutional Court ordered Dlamini on Thursday to pay 20% of legal fees incurred in the social grants saga. The court also ordered that the Director of Public Prosecutions make a call on whether Dlamini should be charged with perjury for lying under oath.

“That her conduct went against the values of the Constitution should lead us to question her fitness to continue serving as a public representative in our Cabinet. Even though she has been moved from the social development department‚ what assurances do we have that she will not once again act in a ‘reckless and grossly negligent’ manner as minister of women in the presidency?” said the foundation’s executive director Neeshan Balton.

Maimane gives Ramaphosa a week to fire Dlamini and Gigaba

DA leader Mmusi Maimane has written to President Cyril Ramaphosa demanding he dismisses from his Cabinet Bathabile Dlamini - minister in the ...
Politics
3 years ago

The foundation said the judgment set precedent for holding to account those who may have abused their positions of power‚ but would have avoided responsibility‚ with the state paying for legal costs.

“The ruling makes it very clear that public representatives who act in a manner that is negligent or in bad faith to the courts can be held personally accountable - something which is going to be an important element of rebuilding a state with integrity.

“What this ruling does is that it affirms the rights of the most needy and vulnerable in society‚ over the dictates of public representatives who may imperil those rights‚” Balton said.

The foundation also paid homage to Black Sash and Freedom Under Law‚ which were integral in seeing the matter head to the country’s apex court.

“We must congratulate Black Sash and Freedom Under Law on their victory‚ and commend them for fighting this fight. When Black Sash and the Centre for Applied Legal Studies filed an urgent application at the Constitutional Court in March last year on the Sassa issue‚ they in effect prevented mass-scale disaster in this country.

“Millions of South Africans would have had their livelihoods endangered‚ and we really have these organisations to thank for averting the crisis.”