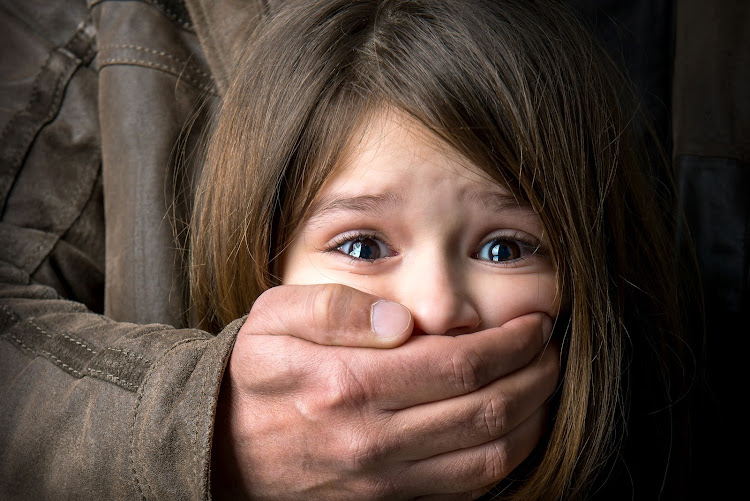 The affidavit details how the child was beaten one night until he struggled to see.
Image: Luis Louro /123rf

“I hate them and will never forgive them.”

That is what one of the children who were victims of the Springs “house of horrors” said about his parents in an affidavit on September 26.

“They must know what they have done. I hope that oom (uncle) at the court (the judge) say they must go to prison for a long time. She (their mother) as well‚ because she knew he was hurting us.

“I am not their child anymore‚ I do not want to know them anymore.”

The parents kept their five children locked up in their home in Springs. The couple‚ who cannot be named to protect the identity of the children‚ were found guilty of a string of charges in August. They are expected to be sentenced on Monday.

The reign of terror against their children made headlines four years ago‚ with details of how they were burnt with blow torches‚ tied in a closet and kept handcuffed was revealed when the trial got under way.

Springs 'House of horrors' father described as a psychopath and sadist

A father who terrorised his children in what became known as the "Springs house of horrors” case has been described as a psychopath and a sadist.
News
2 years ago

The court previously heard how the father had cuffed his son and pepper-sprayed him‚ dunked him in water and deprived him of food. His then 11-year-old son had‚ on occasion‚ been suspended by his hands and feet by chains from poles‚ and whipped and beaten with a knobkerrie. For these crimes‚ the man was found guilty of attempted murder.

The court also heard chilling evidence of how he had sexually abused his daughter by touching her private parts‚ performing oral sex on her and trying to penetrate her. For this‚ he was found guilty of rape.

The man was also convicted of dealing and being in possession of drugs‚ and defeating the ends of justice.

The woman‚ who had kept her children’s trauma secret‚ was found guilty of defeating and obstructing the ends of justice‚ and possession of drugs.

She was found not guilty of the attempted murder of their son and child abuse‚ but was convicted on five counts of child neglect.

Two women‚ believed to be the mothers of four children who died in a fire in Alexandra township in Johannesburg over the weekend‚ have been arrested.
News
2 years ago

The affidavit details how the child was beaten one night until he struggled to see.

“I hope there is a lot of people in prison that can hurt him as much as he hurt me. I wish I could also burn him with a blowtorch.

“Sometimes I wonder why I am still alive when I think about what he did to me. It breaks my heart and makes me angry. I struggle to forget.”

The child wants to become literate in order to learn how to drive a car‚ but fears this might never happen.

Another child said in an affidavit that forgiveness was possible‚ but the memories will remain.

“I do not want my mother or father in my life and they do not deserve to be called my mother and father. I had to learn to be a child again and my grandmother helped with that and now I am learning for the first time what it means to have a mother and father that care and have your best interests at heart.”

A woman from KwaMsane in northern KwaZulu-Natal is facing charges of child neglect after allegedly plying her one-year-old son with alcohol last week.
News
2 years ago

Clinical psychologist Bronwyn Stollarz told the Pretoria High Court on Monday that the children’s father was a psychopath and a sadist with a “serious lack of insight”.

“Because he feels like he is being rehabilitated and he’s found the Lord that by extension his children should also be forgiving and want a relationship with him‚” Stollarz said.

“I feel the accused knows what he did was wrong and therefore stated that he’s sorry for what he’s done‚ but that [sic] does not indicate remorse.”

Judge Eben Jordaan said on Monday he was worried where this cycle of abuse would end.