Her site says she competed in international tennis ‘at world renowned tournaments, including the French Open’ 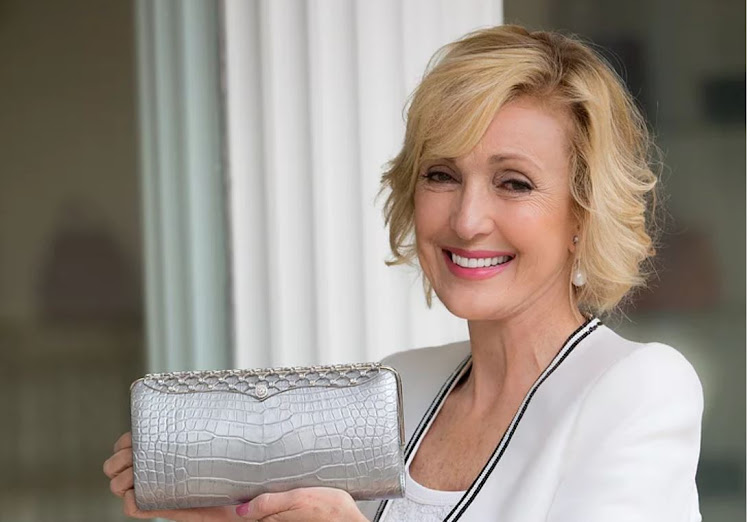 US President Donald Trump has nominated handbag designer Lana Marks as the next ambassador to SA.

President Cyril Ramaphosa is considering her credentials after which — assuming he consents — it will become official.

The SABC reported: "President Cyril Ramaphosa is said to be considering the nomination of South African-born, US-based luxury handbag designer, Lana Marks, to be the next US ambassador to SA."

"When Marks was only three years old, her father began taking her to family building sites, where he explained the finer points of architecture and proportion, while her mother, a businesswoman and an artist, taught her to appreciate the finest European textiles and craftsmanship."

According to her biography on the site, she studied with the Royal Academy of Ballet, where "she spent many years in the dance studio, learning the discipline and refinement required to perfect her grand jetés and her plies".

The site says she competed in international tennis "at world renowned tournaments, including the French Open", which "instilled her with an innate sense of discipline and competitiveness".

Marks is owner and CEO of Lana Marks Collections, which produces handbags.

"Whether it be the Lana Marks brand concept stores, the grade A centre-cut alligator she uses for her handbags, or the architectural proportions of her designs, there is the constant drive towards perfection."

Marks says she became a handbag designer after she was invited to a birthday celebration for Queen Elizabeth II aboard the royal yacht Britannia.

"A fruitless search for a red alligator handbag to match her suit led Marks to conclude that a niche existed in the marketplace for luxury, exotic leather fashion handbags in fabulous colours."