Westbury on edge after renewed protests

Two men suspected of having been involved in the Westbury shooting which left a woman dead and her child injured are expected to appear in the Johannesburg Magistrate's Court on Monday.

The men face charges of murder and attempted murder.

Furious residents last week barricaded streets‚ calling for a “total shutdown” in the area to protest against drug dealing and gang-related crimes.

Images from the suburb on Monday morning showed that some people had returned to the streets in protest. Burning tyres and debris were littered on some of the roads. 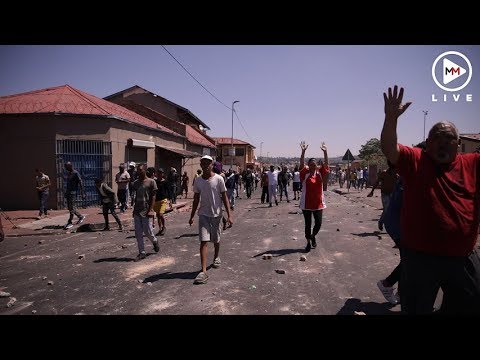 Dlamini said police had the situation under control.

"There were incidents this morning where the police had to fire rubber bullets to disperse a crowd. But police and the metro police officers are on scene to direct traffic‚" said Dlamini‚ adding that the roads were open.