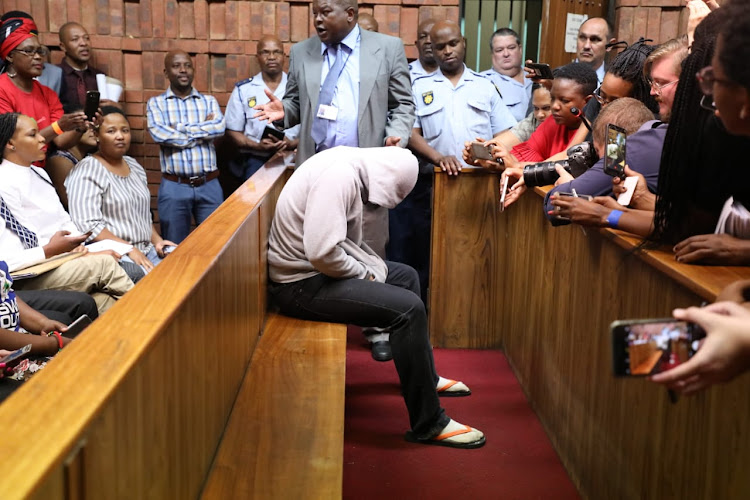 Tshwane mayor Solly Msimanga, who met with the family of the Dros restaurant victim, says they are “taking it very very hard”.

Msimanga said he met with members of the family on Monday to offer support and to remind them that they are behind them.

The mother was not available for the meeting.

Msimanga was speaking outside of the Pretoria Magistrate’s Court on Tuesday, where a 20-year-old man accused of raping a 7-year-old girl, appeared.

The incident happened at the restaurant in Silverglen two weeks ago.

The man, who cannot be named, is facing a charge of rape‚ possession of drugs‚ intimidation and assault with intent to cause grievous bodily harm.

“We will continue to offer whatever support they need from us in this particular time. The engagement was very heartbreaking, because you have an innocent child that doesn’t know what is happening around them.”

“You feel a sense of wanting to do more but you don’t know what more you can do,” Msimanga said.

He said when he engaged with the South African Police Service, he was told that there were signs that a rape did occur at the restaurant.

Different political parties, civic organisations and members of the society joined hands outside court in a fight against rape of children and women in the country.

The bikers against child abuse was also in attendance.

Bikers against child abuse has also arrived to show their support at the Pretoria Magistrate’s Court for the #DrosRape case. @TimesLIVE pic.twitter.com/yB2EFk3l1V

The organisation #NotInMyName has also arrived for the #Dros case. They are joined by #BLF and #EFF supporters. @TimesLIVE pic.twitter.com/lS0p2q3nCL

The streets outside court echoed the revving sound of motorcycles.

Three children were seen carrying placards that read: “No bail for rape and murder.”

Makhubela said there were several other cases of similar nature that go unreported.

“We need to liberate the victims so that victims start coming out. We are hoping that the courts and law enforcement agencies will start acting and take this seriously,” he said.

The case of a man accused of raping a seven-year-old girl in a bathroom of a Pretoria restaurant was postponed on Tuesday.
News
3 years ago