Kessie Nair‚ the Durban man accused of calling President Cyril Ramaphosa the k-word‚ has nowhere to live if he is released from custody.

In support of the state's opposition to the 60-year-old's bail application‚ his family said they did not want Nair to live with them.

In an affidavit presented to the Verulam Magistrate's Court on Tuesday‚ Ravi Nair said his home was no longer open to his brother.

Ravi explained that prior to his arrest almost two weeks ago‚ Nair lived with him and his family in Phoenix‚ north of Durban.

The court also heard that Nair's ex-wife and his two children‚ who live in Johannesburg‚ would not take him in either. Nair's family had also supported the state's application to send him for a 28-day mental evaluation at Fort Napier Hospital.

His brother Krishnan on Monday testified that Nair had changed during his incarceration at Westville Prison 10 years ago. He did not expand on the changes‚ however he stated that his brother was mentally unstable.

On Tuesday morning‚ magistrate Ncumisa Gcolotela said the state's evidence - a recommendation by a district surgeon and the testimony of Nair's brother - was enough to rule in favour of its application for Nair to be sent for the in-patient assessment.

The district surgeon had found that while there were no signs of mental illness‚ Nair was delusional.

Following the ruling‚ the state had intended to adjourn the matter to book a bed at Fort Napier for Nair however his defence attorney Chris Gounden indicated that Nair would formally apply for bail.

The bail application was adjourned until Monday.

Nair - who served six years in prison for corruption and claims to have once been a member of the notorious 26s prison gang - has been charged with seven counts of crimen injuria and two counts of incitement for his widely circulated racist rant on video and in social media posts.

In a written post‚ Nair says: “Let me go down in history‚ becoming the first and last man to have called [sic] the number one citizen‚ the state president” the k-word. 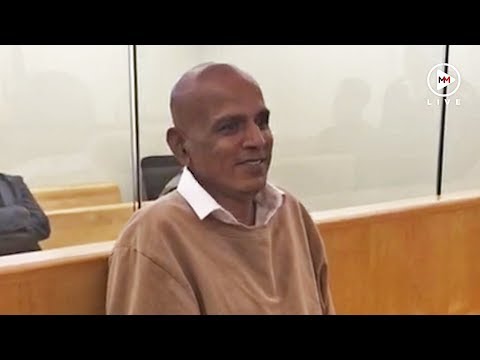