The mystery of the missing Sassa evidence 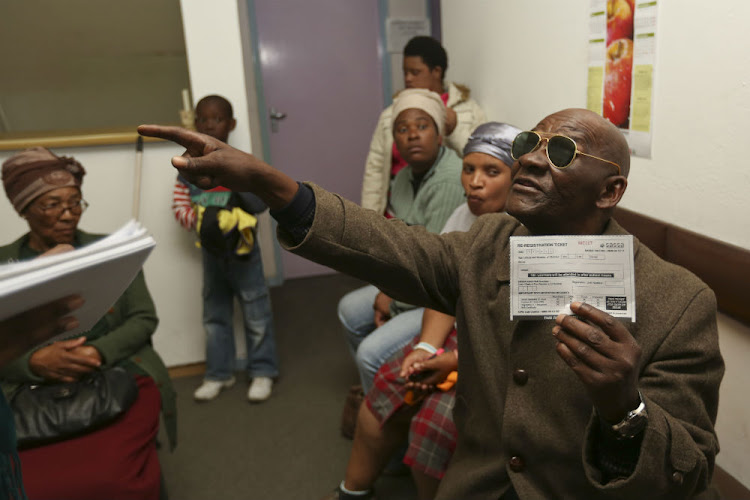 Bearing the brunt Boyce Mockson airs his grievances about Sassa during a Sanco meeting in Mdantsane in the Eastern Cape.
Image: Stephanie Lloyd/Daily Dispatch

Police are investigating the disappearance of SA Social Security Agency (Sassa) files that are part of a probe into corruption allegedly involving Sassa officials.

At least three files have been removed from locked drawers at the Sassa fraud unit office in Bellville, outside Cape Town, and duplicates have vanished from Sassa’s warehouse.

Sassa spokesperson Shivani Wahab said the files’ disappearance was reported to the police on August 20. “The matter is currently under criminal investigation,” she said.

Unit investigators told Times Select they believed the disappearance of the files was an “inside job” instigated by a syndicate that operated in five provinces and allegedly fleeced Sassa of millions of rand.

The syndicate, including eight Sassa officials, went on trial in the Bellville Specialised Commercial Crimes Court in 2016. Four defendants have received suspended prison sentences after making plea bargains, and are expected to give evidence against the remaining accused when the trial resumes next April.

Although the syndicate’s alleged base, in the boiler room of a building in Scottburgh on the KwaZulu-Natal south coast, has been dismantled, several sources have reported victimisation of fraud unit members investigating the syndicate.