‘I was told I’d die if I ever came back,’ Soweto man tells of hijacked building hell 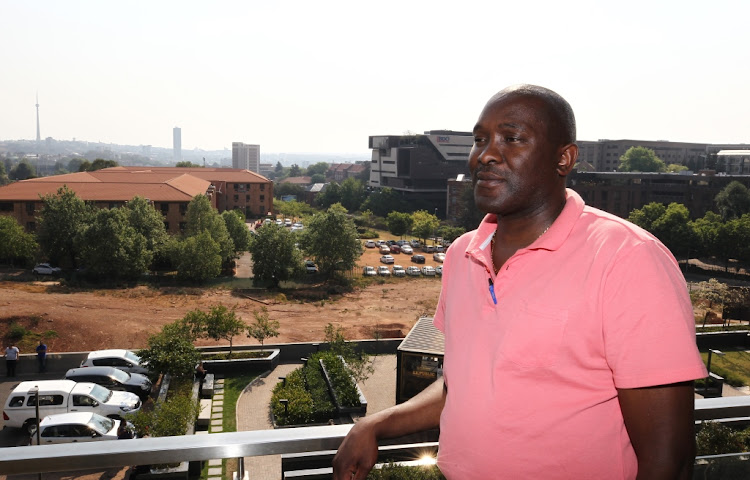 Mawethu Mabaso, whose Johannesburg building, Sylvia Court in Malvern, was allegedly hijacked by his tenants in 2015 says he has lost hope after struggling to regain its control for years and not getting any help from the police and the City of Johannesburg.
Image: Thapelo Morebudi

He thought it was the ultimate investment when he purchased it‚ until the day he was barred from entering his own apartment block by alleged building hijackers.

Three years later‚ 46-year-old Mawethu Mabaso from Soweto‚ who owns Sylvia Court in Malvern‚ Johannesburg‚ said he still “can’t believe he has lost control of his building” - but is determined to fight.

Having received death threats and intimidation several times‚ Mabaso declined this week to have his picture taken outside or anywhere close to the building he owns. TimesLIVE had to meet with him and take his picture off-site.

“It is dangerous…these people are after me. The last time I set my foot there was in 2015 when I was told I‘d die if I ever come back‚ and the building caretaker assaulted and also threatened me with death‚” Mabaso said.

His woes‚ he said‚ started in August 2015 when he was visiting the red brick three-storey building‚ comprising of 15 apartments.

“It was just few months after I had allocated units to three new tenants‚ and problems started. I was visiting the building when suddenly some strangers came and accused me of hijacking the building and said I should never set my foot there again otherwise I’d be killed‚” Mabaso said. 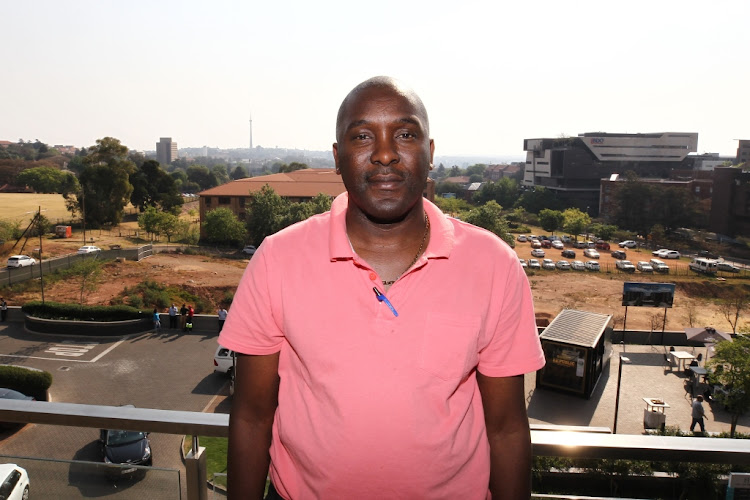 Mawethu Mabaso, whose Johannesburg building, Sylvia Court in Malvern, was allegedly hijacked by his tenants in 2015 says he has lost hope after struggling to regain its control for years and not getting any help from the police and the City of Johannesburg.
Image: Thapelo Morebudi

The matter was reported to the police‚ who came and intervened. The same was done after the building caretaker was intimidated by the three new tenants‚ who Mabaso said had now stopped paying rent.

He obtained a protection order against his “tormentors” but things were not getting any better.

He found out things had gotten worse when he came back again and could not enter his own property.

“Locks were changed and I was advised to break them and get security guards. I did that‚ but soon one of the security officers was missed with a bullet and the caretaker assaulted‚” Mabaso said.

That was it for Mabaso. He gave up amid "endless death threats”‚ hoping the police would help given the cases of intimidation‚ assault and theft that were among those opened at Cleveland police station.

“It appears to me everyone from within the police to other state agencies is involved in this big syndicate that is hijacking the buildings‚ hence I am not getting any help. I have lost so much in rental income over three years which is being collected by hijackers who are using it to pay others to keep me away from the building. It’s so sad‚” Mabaso said.

The government has been told that 100 buildings in Mthatha, including hotels and warehouses, have been hijacked and are now run by one ...
News
3 years ago

Why City of Joburg is unable to assist

Director of the City of Johannesburg’s property hijacking unit‚ Advocate Victoria Rammala‚ said they were aware of Mabaso’s case.

“We have conducted a number of raids on the building and arrested people who were collecting rental money in a property they did not own. It is‚ however‚ the responsibility of the owner to get an eviction order and only after those evicted return to occupy again then we got involved and arrest them for that crime‚” she said.

“Mabaso has been advised to get an eviction order‚ but he never did. We now understand there are now some people who are claiming to be owners of the same building which makes it even more difficult but unless he obtained an eviction order‚ we’re not empowered as the city to do much beyond arresting those collecting rent illegally.”

Rammala said‚ however‚ they were satisfied with “elements that proves that the building is hijacked” and that they have built their case based on incidents of malicious damage to property‚ intimidation and assault but the decision was taken by authorities not to prosecute.

She said the city has made strides in the battle against property hijacking‚ with 33 people arrested at the last count‚ last week. She said 561 buildings were reported as hijacked as at June 30 this year‚ while about 30 buildings were successfully returned to their rightful owners.

City of Johannesburg mayor Herman Mashaba said on Wednesday that 21 suspected property hijackers have been arrested at two hijacked properties in ...
News
3 years ago

A company search shows that Mabaso is a director of Helman Investments CC‚ which‚ according to deeds search‚ owns the building.

“I have bought the building in 2003 and Helman Investments also changed from (Pty) Ltd to a close corporation. Some people have now turned to this‚ using it as a point of argument saying I cannot be the rightful owner of the building.

“I am currently challenging a dubious court order delivered to me saying I must stay away from the building. I am working on obtaining a court to rightfully claim what is mine but as this whole battle continues‚ my buildings gets more and more dilapidated…ruined by those who are fighting so much to keep me away from it‚” Mabaso said.

Mabaso has shown TimesLIVE a title deed and purchase agreement‚ which he said would support his claim to ownership of the building.

The police did not respond to questions on the status of the cases opened by Mabaso and what they have done to help him.