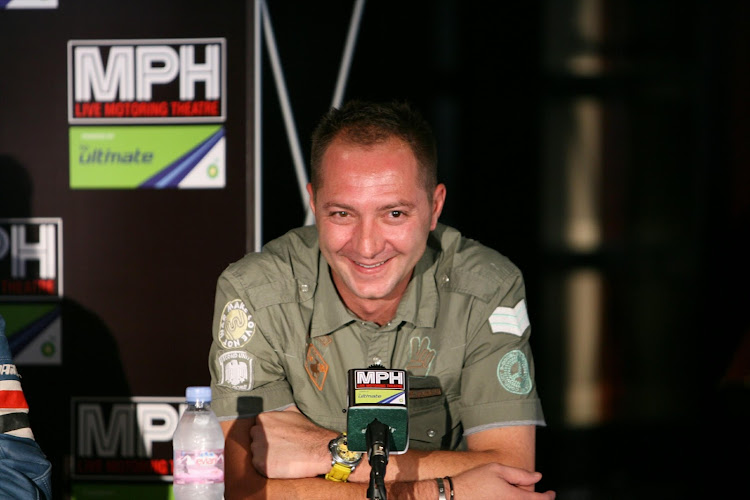 "The Commission reminds all within South Africa that the use of words such as monkey and baboon – particularly in reference to black people – have a lengthy‚ dehumanising‚ racist history and due to previous public statements of a similar nature‚ the Commission‚ the media and other sectors within society have explained the offensive and discriminatory connotations to such terms‚" the commission said in a statement.

"The Commission thus cannot excuse assumed or express ignorance around the hurtful and/or harmful nature of the use of such terms."

Martinengo was fired from Hot91.9 FM with immediate effect on Tuesday after making the comment on the breakfast show he hosted.

Hot91.9 FM managing director Lloyd Madurai said in a statement that Martinengo's comment on Tuesday was "an unfortunate and completely unacceptable incident".

Pay-TV giants SuperSport have distanced themselves from Sasha Martinengo after the former radio presenter was fired from his day job for calling ...
Sport
3 years ago

"During the course of the broadcast‚ a reference was made by anchor presenter‚ Sasha Martinengo‚ who said‚ 'And people still listen to this monkey‚' referring to Mr Julius Malema.

"Notwithstanding the presenter's immediate and unreserved apology‚ the station has forthwith elected to remove him from all involvement with the radio station with immediate effect. Furthermore‚ the station hereby issues a public apology to Mr Malema and deeply regrets any adverse inference that the conduct of the presenter has had‚" said Madurai.

"The Commission is particularly concerned as Martinengo‚ at the time of the utterance‚ did so during a radio breakfast show‚ where he is expected to use his massive platform in the promotion of the respect of equality and dignity‚" it said.

It commended the radio station for firing him. The EFF on Wednesday opened a case of crimen injuria against Martinengo. The SAHRC said it encouraged this move. The EFF said it was also considering suing him.