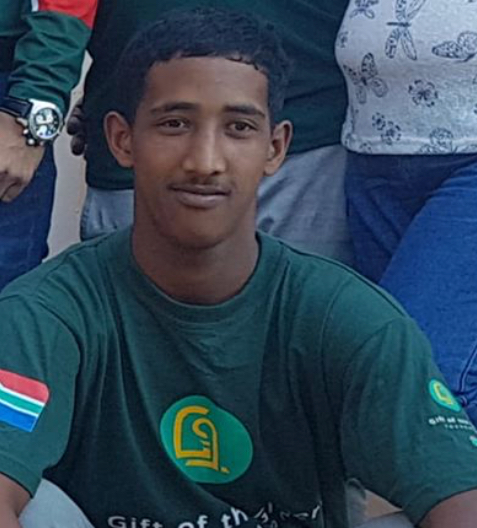 28-year-old volunteer Ameerodien Noordien was shot three times in the back and once in the head.
Image: SUPPLIED/Gift of the Givers

Police minister Bheki Cele is expected to be among mourners at the funeral of Gift of the Givers volunteer Ameerodien Noordien on Monday.

Noordien‚ 28‚ was killed in gang crossfire in Hanover Park‚ on the Cape Flats‚ on Friday. The aid organisation's founder‚ Dr Imtiaz Sooliman‚ said Noordien was shot three times in the back and once in the head.

Cele is expected to address the media and public after the funeral‚ said Sooliman. In a statement he used to address Cele at the weekend‚ Sooliman said the need to make South Africa safer for its 57 million people could not be more urgent than now.

"It is clear that you are trying your best to stem crime since taking office earlier this year‚ despite the challenges of resources and personnel. Western Cape needs a Westbury-style intervention and we call upon you to make this a reality‚" he said. TimesLIVE reported how Sooliman had expressed Noordien's desire to rescue his family from poverty in a dignified way.

His mother‚ Fatima‚ who is on dialysis‚ wanted to see the development of a righteous child‚ on the straight path‚ [who was] an asset to society.

Ameerodien came into contact with Gift of the Givers in Cape Town earlier this year.

We needed volunteers‚ but hire them as temporary paid staff‚ as many of them come from impoverished backgrounds.

A humanitarian aid volunteer working for the Gift of the Givers agency was killed on the Cape Flats when he was caught in the crossfire between rival ...
News
3 years ago

Moving‚ stacking‚ packing and distributing 300 containers of bottled water‚ and delivering thousands of bales of fodder [to farmers] in all of the [Western] Cape open [up] opportunities for youth like Ameerodien to earn an income‚ serve society‚ gain experience and learn skills.

"That opportunity was violently terminated yesterday [Friday]… [when he was] caught in the crossfire of those who act with impunity‚ who respect neither law‚ human value‚ the sanctity of life and get away time and time again."

"Innocent Ameerodien was killed. Decency‚ hope‚ aspiration‚ youth and vibrancy died at the hands of arrogance."

"Sooliman called on community and religious leaders‚ parents‚ business and society to collectively impart values and guide young people away from "the path of self-destruction and annihilation".

"It is time for gangsters to sit back‚ reflect and ponder the havoc‚ pandemonium‚ pain and suffering that they wreak‚" he said.

Burning tyres and rocks blocked roads in Ennerdale‚ Johannesburg‚ early on Friday as residents took to the streets in a planned shutdown in protest ...
News
3 years ago

A 41-year-old woman was among the three people arrested for alleged drug dealing in Ennerdale in Johannesburg south‚ Gauteng police said on Friday.
News
3 years ago

Bheki Cele to reveal the antidote to gang violence in Westbury

Police minister Bheki Cele returns to crime-ridden Westbury in Johannesburg on Thursday as residents continue to call for drastic measures to curb ...
News
3 years ago

“We are gatvol now. We don't want handouts‚ but jobs. It's going to get ugly if they don't react."
News
3 years ago