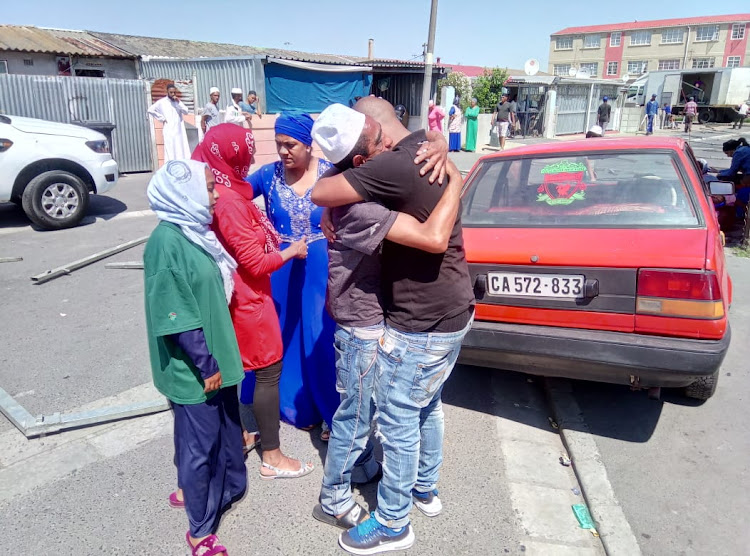 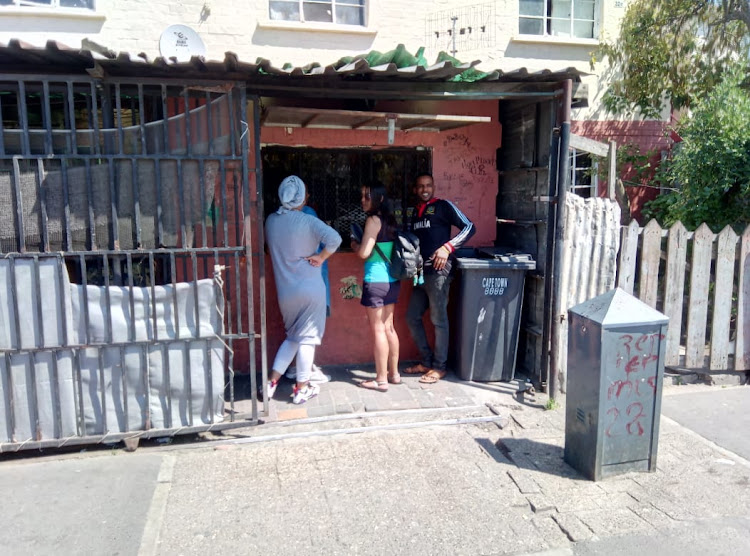 Gift of the Givers volunteers stand outside the shop where their comrade Ameerodien Noordien was killed in an indiscriminate gang shooting on Friday.

His girlfriend‚ however‚ was not so lucky. She is in Groote Schuur hospital waiting for a specialist to remove a bullet lodged in her abdomen.

According to Ryaan Matthews‚ whom Noordien befriended when they both joined the NGO a year ago‚ Thursday's incident has left him traumatised.

"He [Noordien] said ‘this place is not right‚ one of these days it's going to be one of us who they shoot dead.’ The next night it was he who was lying here‚" said Matthews‚ standing on the spot where Noordien met his fate after being shot six times.

Two days earlier‚ the volunteers were all hundreds of kilometres away‚ helping distressed farming communities who had run out of water due to a severe drought which has ravaged the Western Cape‚ the Eastern Cape and the Northern Cape since 2016.

28-year old Ameerodien Noordien was killed on Friday night October 5 2018 in a gang shooting. The Gift of the Givers volunteer’s family was distraught as police minister Bheki Cele arrived to pay his respects to the family. While addressing the community, Cele said a brand new anti-gang unit would be implemented in the area.

Gift of the Givers manager Ali Sablay said that Noordien was one of 10 youths they had recruited from the area and he was busy helping with delivering fodder to farming communities who had run out of money to keep their animals alive as the drought decimated livestock populations.

"On Friday morning he came to load the trucks to take water to Beaufort West. He was dropped off here at 5pm by the company vehicle‚" said Sablay.

"At 6.50pm we received a phone call to say Ameerodien has been shot. He died instantly‚" said Sablay.

Police minister Bheki Cele is expected to be among mourners at the funeral of Gift of the Givers volunteer Ameerodien Noordien on Monday.
News
1 year ago

A humanitarian aid volunteer working for the Gift of the Givers agency was killed on the Cape Flats when he was caught in the crossfire between rival ...
News
1 year ago
Fatimah, Noordien’s mother, was too emotional to speak on October 8 2018. Her health is deteriorating due to a kidney disorder.
Image: Aron Hyman/TimesLIVE

According to neighbours and his family‚ three gang members came from a neighbourhood controlled by a rival gang. They shot at anyone in sight because‚ according to community members‚ anyone in territory belonging to an enemy gang is seen as a target.

Four other people were also shot in the incident but survived.

According to community members‚ out of six people who were shot this week in Hanover Park only one was a known gangster.

Two weeks ago protesters barricaded roads leading into the area in an attempt to bring attention to the gang problems‚ prompting the start of what has now become a national movement in gang infested communities known as the Total Shutdown movement.

Police minister Bheki Cele is expected to make an appearance at Noordien's funeral service which is being hosted by Gift of the Givers in a large tent outside his parent's house‚ 15 metres from where he was killed.

The farming community which Noordien helped to deliver aid to has also resolved to set up a fund to help his mother Fatimah with her ailing health and to buy medication for a chronic kidney disorder.

Death lurks on the streets: Westbury residents tell their story

“I could not even get close to hold her … it was a crime scene, I was told. I stood by and waited for about three hours before her body was removed.”
News
1 year ago

Another shooting in the ongoing deadly "extortion turf war" in Cape Town happened on Friday afternoon‚ this time with the bodyguard of alleged ...
News
1 year ago