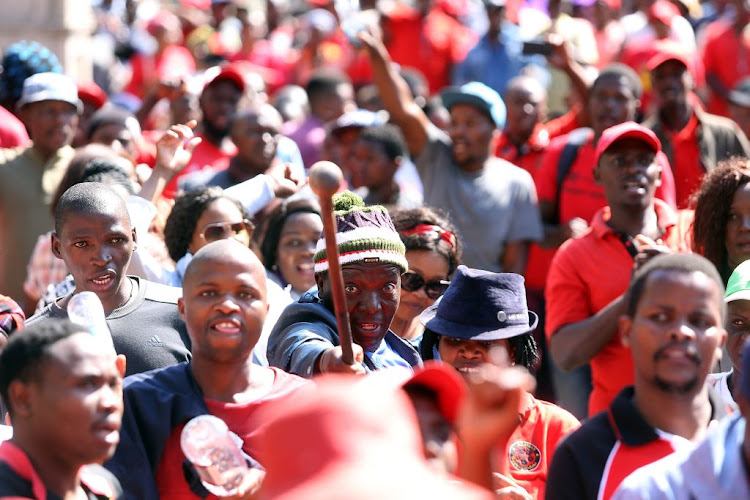 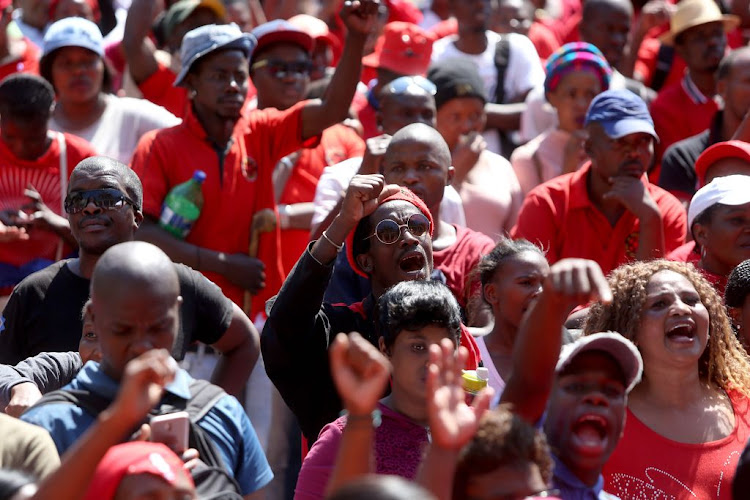 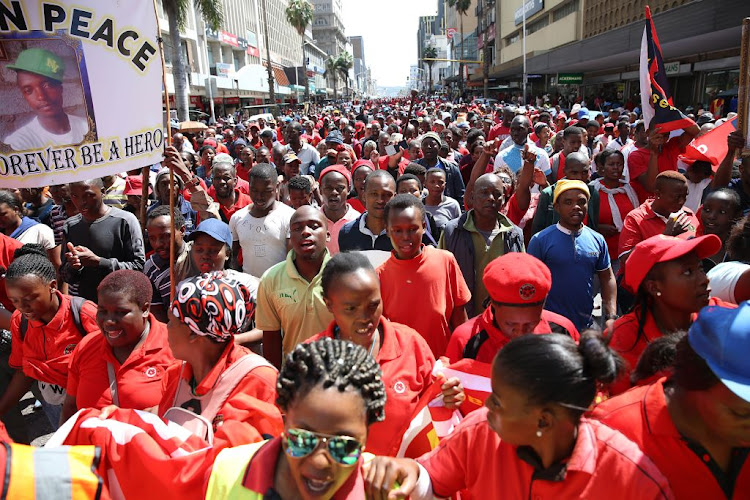 Shack dwellers’ movement Abahlali baseMjondolo is demanding a commission of inquiry into the killing of its members.

This was included in a list of its demands in a memorandum it handed over to representatives of the office of the Presidency and the ministry of police in Durban on Monday.

Bonono led a crowd of close to 2‚000 people who marched to the Durban City hall to deliver the memorandum.

“Many of our comrades have been killed by the eThekwini Municipality’s Land Invasion Unit. Some of its members have a history of working for the apartheid government. We demand a full investigation into this unit‚” read the memorandum.

Earlier in the day‚ tensions ran high at the City Hall as Abahlali members attempted to force their way into the building after waiting almost an hour for representatives to accept their memorandum.

Tensions are high at the Durban City Hall where members of Abahlali baseMjondolo say they are tired of waiting for representatives from the Presidency and the police ministry to accept their memorandum #AbahlaliMarch @TimesLIVE @yasantha pic.twitter.com/0p2L4B9fhM

Other demands included a full disclosure of the housing budget of the Provincial Department of Human Settlements and their inclusion in all decisions pertaining to their lives as shack dwellers.

The memorandum was accepted by Brigadier Tefo Mpete from the provincial office of the South African Police Service.