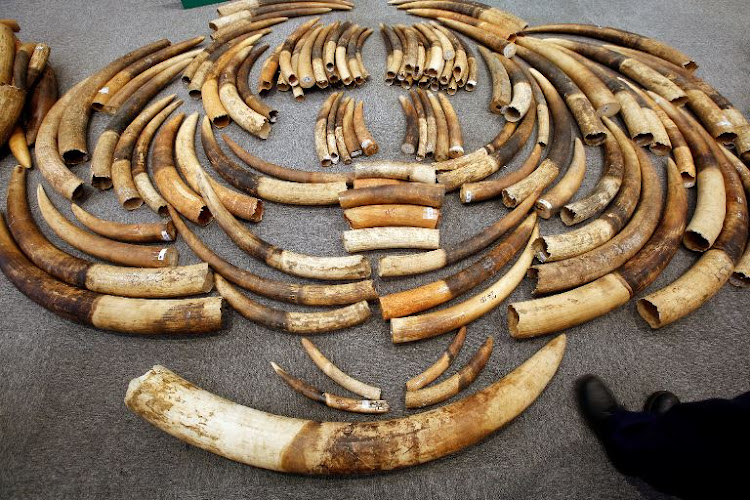 The internet gives wildlife traders new tools for illegal trade‚ and others the means to fight back.

That is what the president of International Fund for Animal Welfare (IFAW)‚ Azzedine Downes‚ said in the organisation’s latest research report‚ titled “Disrupt: Wildlife Cybercrime”.

IFAW project manager Tania McCrea-Steele said: “As organised criminal gangs are using ever more sophisticated means for trafficking ivory‚ we‚ too‚ are using pioneering methods to stop poaching and wildlife trafficking‚ from community involvement to hi-tech innovation. We need to create a network to defeat a criminal network.”

They found 11‚772 protected wildlife specimens in 5‚381 online advertisements or posts on 106 online marketplaces and four social media platforms. The animals were worth about R57‚6m ($3‚9m). Four out of every five posts were live animals for sale and the rest were animal parts and products.

The department of environmental affairs (DEA) welcomed the arrest of six men linked to an alleged “massive trafficking” syndicate of rhino horn from ...
News
3 years ago

Six members of a syndicate implicated in "massive trafficking of poached rhino horns" from wildlife reserves‚ destined for sale in Asia via Gauteng ...
News
3 years ago

The researchers created a separate category for ivory because sometimes they could not identify the species from the teeth or tusks.

The most popular reptiles were turtles and tortoises‚ while parrots and owls were wanted birds.

McCrea-Steele said wildlife traffickers exploited their anonymity on the internet to trade without borders for 24 hours a day.

“Many online marketplaces and social media platforms are working hard to stop this‚ but we all have a part to play. If we don’t buy‚ they don’t die.”

The Convention on International Trade in Endangered Species of Wild Fauna and Flora (Cites) is an international agreement between governments which governs the commercial trade in endangered and threatened wildlife.

The report said it was worried about the so-called dark web‚ a clandestine version of the internet where anything is available for sale.

“Concerns have been expressed that wildlife traffickers may also be turning to the dark net as a result of enforcement efforts targeting open source sites... Criminal behaviour will always adapt to explore new opportunities to trade illegal goods.”