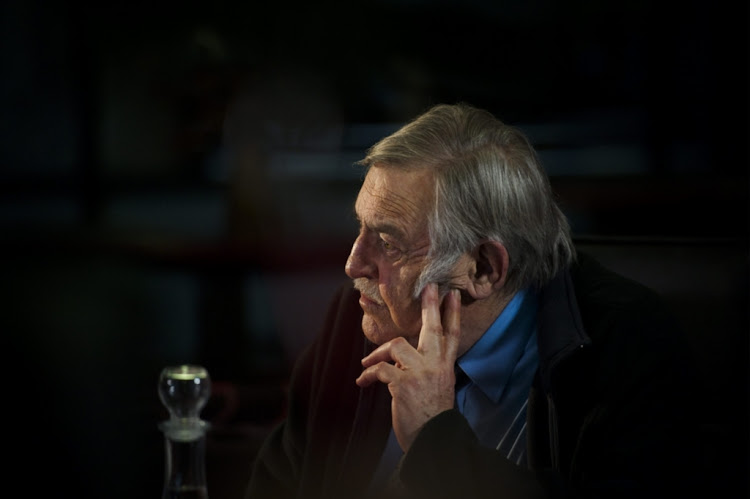 Roelof Botha said he would remember his father for his dedication to peace and reconciliation.
Image: Gallo Images/Foto24/Alet Pretorius

The son of apartheid-era foreign affairs minister Pik Botha says his family will forever cherish the fond memories they shared and values they learned from him.

"As a boy‚ when I went to say goodnight to him‚ I would often find him next to his bed‚ reading the Bible. He taught us as kids that we should never lose that spiritual anchor and that we should seek out knowledge‚ because knowledge is power‚" Roelof Botha told TimesLIVE on Friday.

Botha said the family was extremely sad by the loss of their father‚ but prepared for it.

"We saw it coming‚ because his health deteriorated very quickly in the last few weeks. We knew that it was really close‚" Roelof said.

Botha died at the age of 86 at his home in Pretoria on Thursday evening.

He was admitted to hospital late in September.

Botha was the world's longest-serving foreign minister. He served as foreign affairs minister in the last years of the apartheid government and as minister of mineral and energy affairs under Nelson Mandela‚ South Africa's first democratically elected president.

He retired from politics in 1996 when the National Party withdrew from the government of national unity.

Roelof said he would remember his father for his "absolute dedication to peace and reconciliation".

"I will remember him for the role he played in gaining independence for Namibia and ending the war in Angola‚ and also in brokering a peaceful political solution in South Africa."

"For his memory - he could remember facts and circumstances and people’s names. The energy he had. Also his reconciliatory nature. He was a cheerful person with unbelievable energy‚" Roelof said.

The enlightened stance of apartheid-era foreign minister Pik Botha‚ was remembered on Friday by politician Bantu Holomisa.
News
3 years ago

During his last days‚ Pik Botha was concerned about the deterioration of governance in the public sector‚ his son Roelof said on Friday.
News
3 years ago