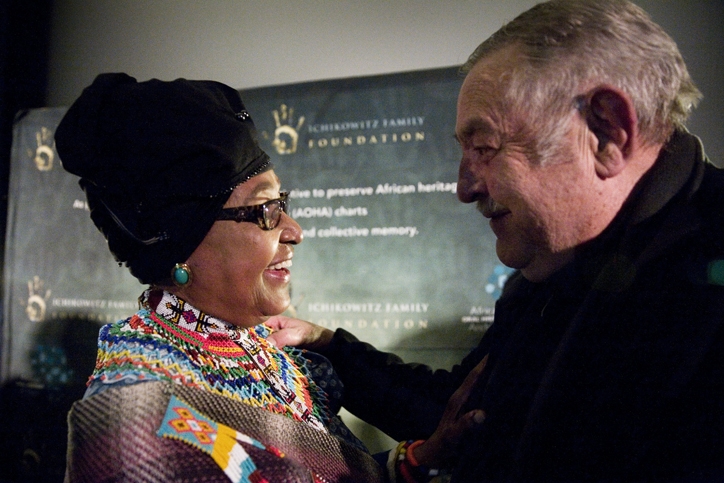 Winnie Madikizela-Mandela speaks to apartheid-era foreign minister Pik Botha at the premiere of ‘Plot for Peace’ in Johannesburg on July 27 2014.
Image: Bafana Mahlangu/Sowetan.

The enlightened stance of apartheid-era foreign minister Pik Botha‚ who died on Thursday, was remembered by politician Bantu Holomisa.

"Pik Botha dies. My condolences. May his soul Rest In Peace. His role in pressurizing the National Party leadership to change for the betterment of SA and its people is well documented‚" the general said on Friday morning.

Pik Botha dies. My condolences. May his soul Rest In Peace. His role in pressurizing the NP leadership to change for the betterment of SA & it’s people is well documented.

Botha‚ who served as minister of mineral and energy affairs under Nelson Mandela‚ South Africa’s first democratically elected president‚ was seen as more enlightened than many in the apartheid government.

In a 2011 interview with the Sunday Times‚ he recalled:

"In 1986‚ after I said during an interview that we could have a black president in the future‚ I was severely reprimanded and almost fired. But within the party‚ the remorse in hearts and minds was growing and soon became intolerable‚ coupled with our acknowledgement that if we perpetuate apartheid‚ inevitably it would result in the destruction of the country."

Satirist Pieter Dirk Uys - who delighted in mocking Nat politicians - commented on Botha's passing with a tweet under his alter ego‚ Evita Bezuidenhout.

"Pik Botha‚ my best old friend from those times‚ is deceased. I will miss him terribly. Love to his family."

FROM THE ARCHIVES | What I've learnt: Pik Botha

Apartheid-era foreign affairs minister Pik Botha has died at the age of 86. In this article from our archives, he shared his thoughts on climate ...
Lifestyle
10 years ago