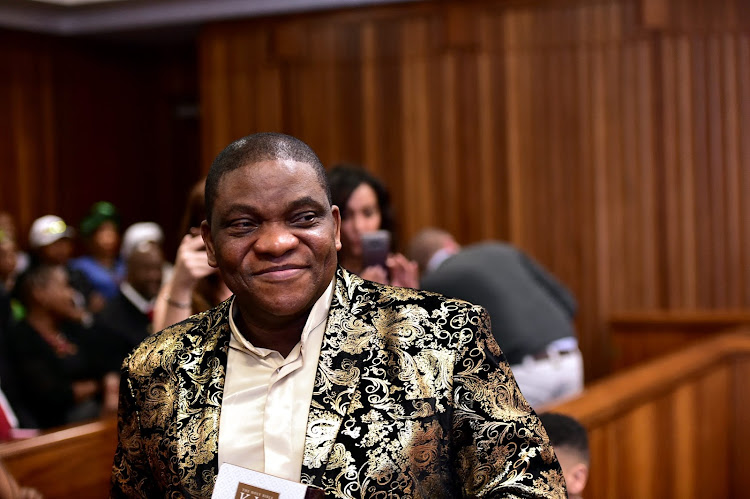 Day four of the trial of charismatic Nigerian pastor Timothy Omotoso kicked off with the defence cross-examining a 22-year-old state witness.

The witness repeated most of her testimony of last week‚ telling defence counsel Peter Daubermann on at least two occasions that she was repeating her answers.

Omotoso‚ 60‚ and his co-accused‚ Lusanda Sulani‚ 36‚ and Zukiswa Sitho‚ 28‚ face a litany of charges‚ ranging from sexual assault to rape and human trafficking.

The witness was 13 when she joined the Jesus Dominion International church in Secunda.

In 2010‚ at the age of 14‚ she went to a national meeting of the church‚ where she was impressed with Omotoso’s preaching and musical talents.

It was during a trip to Durban that she was allegedly sexually assaulted by Omotoso in his bedroom at a house in Umhlanga Rocks.

Graphic details of how a 14-year-old girl was groomed to perform lewd sexual acts on controversial Nigerian pastor Timothy Omotoso were laid bare in ...
News
3 years ago

A fracas at the Port Elizabeth High Court took place when two off-duty policewomen were thrown out of court minutes after allegedly claiming to be ...
News
3 years ago