Two pedestrians knocked over by car on N2 in Mpumalanga 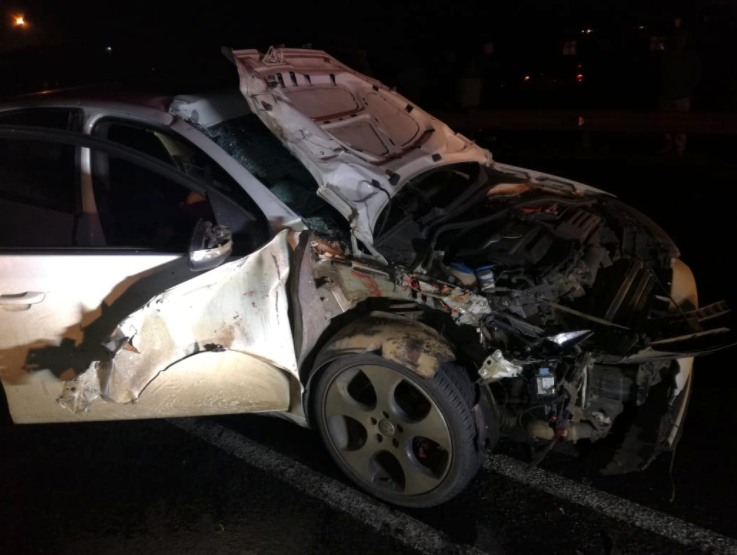 The pedestrians were knocked over by a car on the N2 just outside of Ermelo on October 14 2018.
Image: ER24

A man and a woman‚ both believed to be in their 30s‚ were killed on Sunday night when they were knocked over by a car on the N2 outside of Ermelo‚ towards Piet Retief.

The provincial EMS and ER24 paramedics arrived on the scene shortly after 7pm to find the car on the side of the road. The body of a woman was found in the road while the body of a man was found some 20 metres away in a ditch.

The duo were found to have sustained numerous injuries and were declared dead. The car driver escaped injury‚ said ER24 spokesperson Russel Meiring.

Police are investigating what happened.

Twenty people died in road accidents in the Eastern Cape at the weekend.
News
3 years ago

Seven dead in crash near Bergville

KwaZulu-Natal MEC for transport‚ community safety and liaison Mxolisi Kaunda has called for a thorough investigation into a crash that claimed the ...
News
3 years ago

Speedster arrested for driving at 229km‚ amid spate of road accidents

A 33-year-old BMW driver is behind bars this weekend after being caught speeding.
News
3 years ago