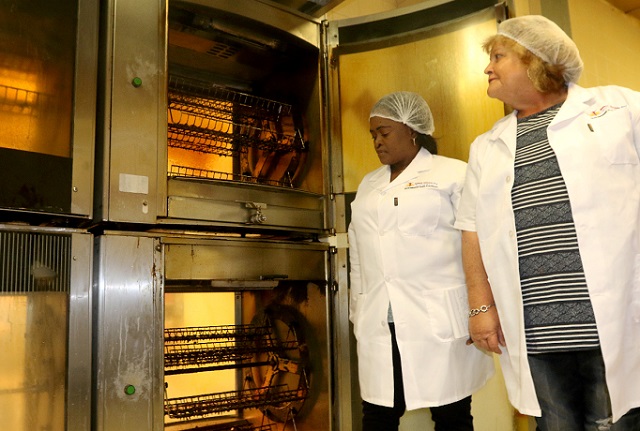 Stacks of expired chicken‚ packets of powdered milk and canned food and a filthy kitchen are some of the discoveries made by a team of Nelson Mandela Bay municipal health inspectors during a food blitz in Kwazakhele on Wednesday.

Pali said with outbreaks of diseases such as listeriosis in SA recently‚ they wanted to make sure that everyone selling food complied with the health regulations.

She said it was important to relay to shop owners why the officials were there and also educate them on compliance.

Teams of officials visited the Daku SPAR‚ Shoprite and Boxer in Kwazakhele. At a spaza shop in Njoli Road‚ they found mattresses and two cats living in the shop.

At Shoprite they found rat droppings in the bakery‚ expired chicken and a filthy chicken rotisserie machine.

Principal environmental health practitioner Fay Meltz found that the rotisserie machine had not been cleaned in months.

The extractor was clogged up‚ “which means the fumes are not exiting the machine”.

Polony contaminated with listeria is still being sold‚ even though health minister Aaron Motsoaledi says the listeriosis outbreak that killed at ...
News
3 years ago

Make sure you heat up frozen veg thoroughly to avoid listeriosis: NICD

The listeriosis strain which caused Woolworths South Africa on Tuesday to recall one of its frozen rice products is not linked to the deadly ST6 ...
Lifestyle
4 years ago