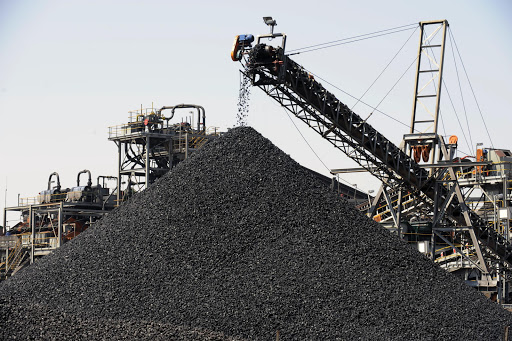 “I have four kids. Now I struggle to survive through temporary jobs. I hope that we win the case against the coal mines so that I can get enough money to pay for further education for my children.”

So says Ndou Tshifhwa Constance‚ a 51-year-old widow from Limpopo‚ who is being helped by Catholic bishops to bring a class action suit against South African coal mining companies. Her late husband worked on the mines for more than 10 years. He was retrenched due to his medical condition but never received any compensation‚ and he died from black lung disease‚ according to the Southern African Catholic Bishops’ Conference.

Bishop Abel Gabuza said in a statement on Thursday: “The mines need to take both ethical and legal responsibility for the sick miners.”

Pneumoconiosis‚ also called black lung disease‚ is a preventable but incurable disease that is contracted in coal mines through inadequate protection from coal dust.

Richard Spoor Attorneys are preparing the class action on behalf of the sick miners. Richard Spoor was one of the lawyers involved in the silicosis class action against gold mining companies‚ which resulted in a R5-billion settlement.

Ndwamato Ratshikakale is one of those involved as an applicant in the class action. He worked in the Tshikondeni Coal Mine in Limpopo for 22 years until he was retrenched. The bishops said he received no compensation and tries to survive on subsistence farming.

Ratshikakale was quoted as saying: “I have tried to get work for the last 20 years but my health has not allowed me to. My family tries to survive through subsistence farming. However‚ recently the doctors have told me to stop because of exposure to dust. I am not alone in having this sickness – there are hundreds of us.”

The SACBC's Justice and Peace Commission said it hoped that the legal action would ensure justice and restore dignity to the miners.

Former mineworkers and their dependents can now register their interests in the historic R5-billion silicosis and TB class action settlement online.
News
2 years ago

An historic class action settlement has been reached between mines and mineworkers which will see compensation paid to eligible mineworkers suffering ...
News
3 years ago

After the silicosis victory, new mines are targeted