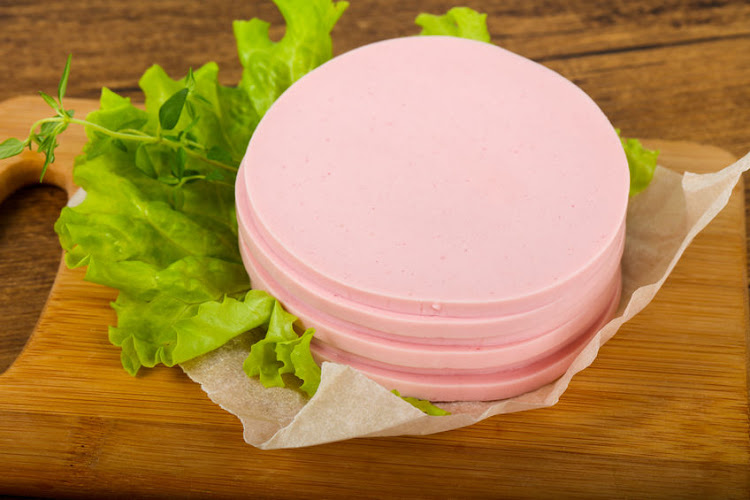 As recently as September‚ four samples out of 116 tested positive for listeria.
Image: 123rf/ Andrey Starostin

Polony contaminated with listeria is still being sold‚ even though health minister Aaron Motsoaledi says the listeriosis outbreak that killed at least 218 people is over.

The potentially deadly listeria pathogen is still being found in food bought in rural areas and the informal sector.

This is according to a study by the University of Pretoria‚ one of several of South African universities which form part of the Centre for Excellence in Food Security.

On September 3‚ Motsoaledi said an outbreak that led to 1‚065 confirmed cases was over. Last week‚ Tiger Brands reopened its Germiston factory‚ which was closed in March along with a Polokwane factory and an abattoir in Clayville after they were found to be the sources of listeria.

Before‚ during and after the outbreak‚ researchers‚ from UP’s Food Safety Research Group collected 344 samples of polony from 77 different brands which were sold by 20 food outlets. The samples were bought from formal and informal shops in eight of the nine provinces.

Their findings‚ presented this week at the International Conference for Food Safety and Security in Pretoria‚ showed that even when the source had been identified and products had been recalled‚ some contaminated food slipped through the net.

Just before the outbreak was announced‚ in 2016‚ 42 samples were collected and two tested positive. In December 2017‚ eight out of 186 samples were positive.

Most worrying‚ however‚ is that as recently as September‚ four samples out of 116 tested positive. Results from another 10 samples are awaited.

“While the major implicated products and brands have been removed from retail stores‚ some tainted products remain in the food system‚” said Professor Lise Korsten‚ co-director of the Centre of Excellence in Food Security at UP.

“Considering rural areas and the informal sector… it is almost impossible to make sure all contaminated food products have been effectively removed from the whole system.

“In addition‚ some of our samples show the pathogen present in lesser-known brands that weren’t affected by the recall.”

While the formal sector was “highly regulated”‚ she said‚ the informal sector had a short food supply chain and the source of products was often not known. Another finding of the study was that the listeria contamination came from the packaging of polony rather than the meat.

Korsten said the battle against foodborne pathogens required warriors from all parts of the supply chain‚ but this was not happening. Many members of the food industry did not want to share information or allow independent environmental or product sampling once the outbreak was announced‚ she said.

Lawyers representing the victims of this year’s outbreak hope to approach the Johannesburg High Court by the end of the month to have a class action against Tiger Brands certified.

Theto, 6 months, is about to undergo a third op, all because her mother liked Enterprise polony
News
3 years ago

Tiger Brands may never know how a strain of bacteria linked by the government to the world’s deadliest outbreak of listeriosis entered its factory.
Business Times
3 years ago

“In 25 years‚ I do not recall a company releasing internal test results without a subpoena.”
News
3 years ago