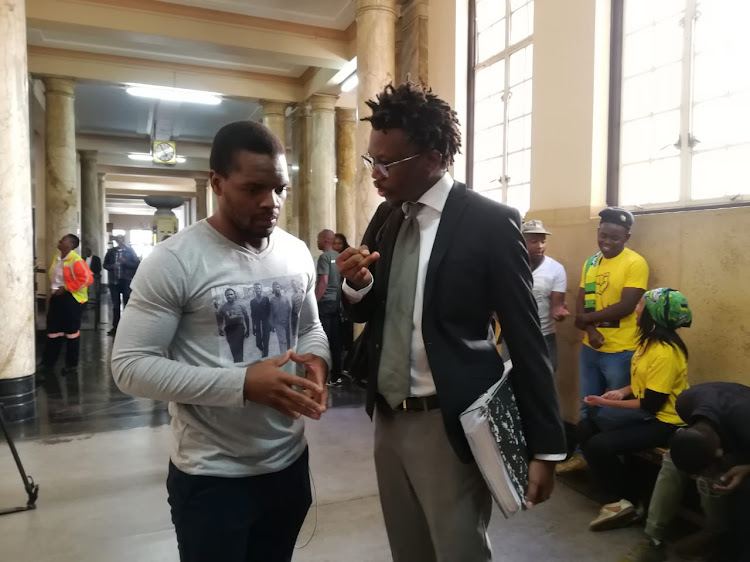 #FeesMustFall campaign leader Mcebo Dlamini says his representations were rejected by the National Prosecuting Authority (NPA) under the leadership of former boss Shaun Abrahams because the latter was "politically tainted".

"There is an application we intended bringing. That application revolves around the constitutionality or the lawfulness of the prosecution‚” said Dlamini’s counsel Advocate Thembeka Ngcukaitobi.

"The substance of the application is that there has been a violation of section 179 of the constitution by the prosecution."

"The basis of that violation is that Shaun Abrahams had a meeting at Luthuli House... with high-ranking officials‚ including the current minister of justice [Michael Masutha]‚" said Ngcukaitobi. "One of the items that were discussed was Fees Must Fall.

Student activist and #FeesMustFall campaign leader Mcebo Dlamini says he is confident his trial will finally start on Friday.
News
3 years ago

“It is apparent... that his prosecution is politically motivated."

Ngcukaitobi said Dlamini attempted to make representations to the NPA to consider mediation or a settlement procedure‚ but he received a one-line letter saying his representations were rejected‚ without any explanation.

"My client would still like to make further representations to the current new leadership‚ which is not tainted by the political manipulation of the case. If that is not successful‚ they will head to the high court for a judicial review of the decision.

"The basis of that review is that the prosecution is politically motivated and that cannot result in a fair trial - and the reason to prosecute [must] be declared unlawful and set aside.

Ngcukaitobi added that it was not his intention to delay the trial.

Prosecutor Steven Rubin said the state intended to call 15 witnesses when the three-day trial starts from April 9 next year.

Dlamini faces a string of charges - including theft‚ assault‚ public violence and malicious damage to property - linked to student protests that erupted in October 2016.

#FeesMustFall activist Bonginkosi Khanyile – convicted on public violence charges in August - was given a brief reprieve when sentencing procedures ...
News
3 years ago

One is seated and giving some reflection on the struggles we continue to face as a generation.
News
3 years ago

The National Youth Development Agency (NYDA) has backed student activists who want President Cyril Ramaphosa to pardon them for acts committed during ...
Politics
3 years ago