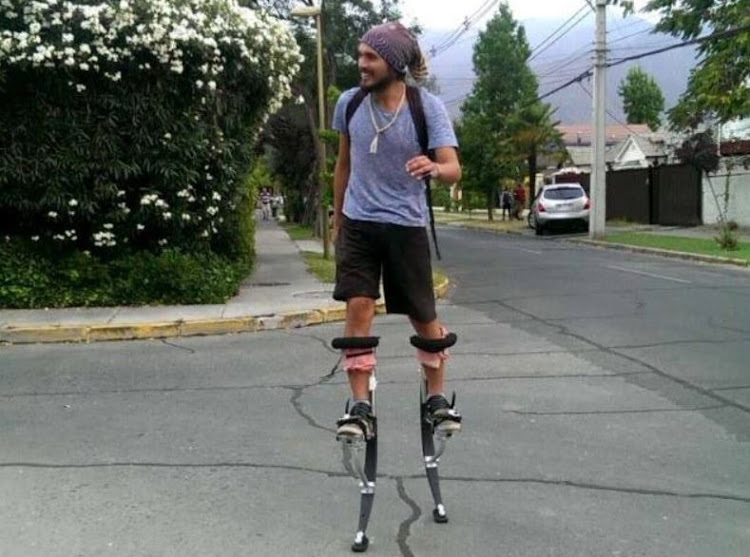 The search for a missing Chilean backpacker in South Africa has come to a tragic end after his father discovered his body in a morgue in Ladysmith‚ KwaZulu-Natal.

“I have asked my family and friends that we accept this tragic event as a moment of life. Life is not only sweet moments but different emotions that make us realise many things that would otherwise happen unnoticed‚” Sergio‚ the father of Slavko Andro Yaksic Besoain‚ said in a statement.

It appears that the man died three weeks ago‚ having last been seen alive on September 24.

“The body had a death date that is placed on September 28. In the same way‚ he showed signs of having been assaulted and had two sharp wounds in the solar plexus. Their identification‚ their credit cards and belongings were found to show that they were camping. His backpack‚ cellphone and passport were stolen‚” his father said in a statement.

Sergio identified his son’s body on Saturday at about 9.30am.

“The body was found on Saturday October 13 by a passerby feeling the smell (sic) of decomposed body on the outskirts of Ladysmith. There he was transferred to the local morgue.”

Slavko was last seen in the Dundee area on September 24. His relatives in Chile raised alarm when he missed his flight home.

Yaksic arrived in South Africa in August for a holiday with his girlfriend. She returned on September 10‚ but he decided to stay on and continue his backpacking trip across the province.

Sergio said: “Now to judge whether Slavko’s actions were the most appropriate or could have been others‚ does not make any sense. Slavko was an adult‚ responsible and intelligent. What happened are things that happen every day to thousands of families around the world and we are part of the world‚ which is why it may have happened to us.”

Slavko’s body will be taken to Johannesburg on Monday where he will be cremated. Sergio will go back to Chile on October 28.

Sergio thanked the police and the Chilean embassy‚ among others.

“But above all‚ the people of South Africa‚ who have received me with a smile‚ have given me their time‚ have shared their concern‚ all of which makes me feel that Slavko spent his last two months of life among very nice people.”

Friends and family expressed their condolences on social media.

Ingrid Díaz Soto wrote: “You were an inveterate traveller!”

Andrea Bancalari Catita said: “Now you will make the most beautiful journey where there is no pain or sorrow. I regret what happened to you and a lot of strength to your family.”