'I was chased by an unruly mob': Omotoso lawyer cries foul over 'intimidation' 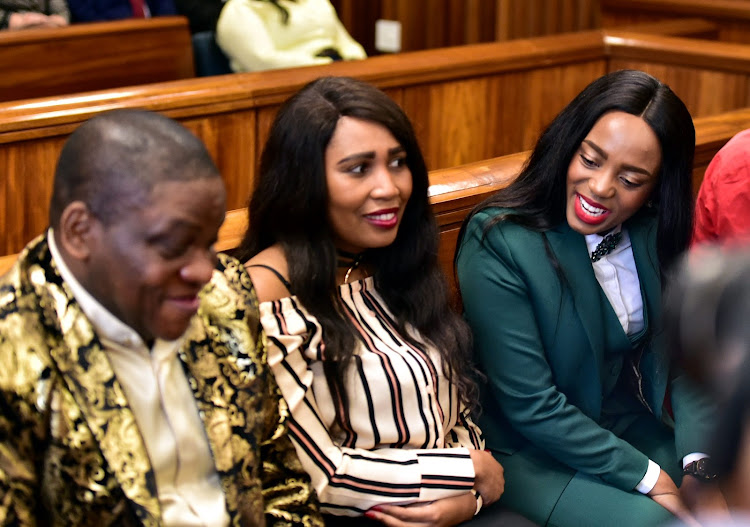 Nigerian Pastor Timothy Omotoso with his two co-accused, Lusanda Solani and Zukiswa Sitho, who are accused of recruiting and grooming girls for the pastor. File Photo.
Image: Eugene Coetzee/The Herald

Controversial pastor Timothy Omotoso’s defence counsel Peter Daubermann spent Monday morning telling the Port Elizabeth High Court how he‚ his clients and their families were being intimidated by supporters of the alleged victims.

Explaining the absence of Omotoso’s two co-accused‚ Lusanda Sulani and Zukiswa Sitho‚ Daubermann told Judge Mandela Makaula they had been chased by angry mobs when they left the court after their previous appearance last Wednesday.

There was a glaring absence of Omotoso supporters from his Jesus Dominion International church in the gallery on Monday morning.

Omotoso’s wife Taiwo was also not in court.

Addressing the court‚ Daubermann said the police presence at court has been “woeful”.

“I myself was chased by an unruly mob when I left the court building last week‚” he said.

Daubermann accused the media of falsely reporting on the case and told the court that he had been labelled a rapist and vilified for representing Omotoso‚ adding that his clients were not receiving a fair trial.

He asked Makaula to make a decision on the matter‚ highlighting that neither the judiciary nor the general counsel of the bar had condemned the attack on him‚ which resulted from public outrage at the manner in which he handled the questioning of the state’s first witness‚ Cheryl Zondi.

“It is my duty to test the veracity of evidence‚” said Daubermann‚ adding that he “cannot allow sensitivities to get in the way.”

He said there were various options available to Daubermann and anyone else who felt threatened or intimidated‚ included reporting the matter to police or approaching civil courts.

WATCH | They danced, prayed & chanted as the protesters gathered... inside Omotoso's church

For two hours, they sang, danced, chanted and prayed, while others stood in position ready to defend the church from the raging crowd outside.
News
3 years ago

Both Daubermann and state prosecutor senior advocate Nceba Ntelwa were summoned to Makaula’s chambers to discuss the matter further.

Meanwhile‚ during the short adjournment‚ two men were forcefully removed from the court building by security officials and members of the metro police. It’s still unclear why they were removed or who they were there to support.

Inside the packed courtroom‚ minister of women in the presidency Bathabile Dlamini‚ minister of communications Nomvula Mokonyane and Eastern Cape premier Phumulo Masualle sat in the public gallery.

Outside the court‚ crowds continued to gather - both in support of Omotoso and opposed to him.

The case against Nigerian evangalist Timothy Omotoso resumes in the Port Elizabeth High Court today. Omotoso, 60, and his co-accused, Lusanda ...
News
3 years ago

Minister for women in the presidency Bathabile Dlamini was among those attending the trial of rape-accused Nigerian pastor Timothy Omotoso on Monday.
News
3 years ago

Cheryl Zondi, the 22-year-old student who opted to testify in open court against the “man of God”  she accuses of repeatedly raping her, received ...
News
3 years ago