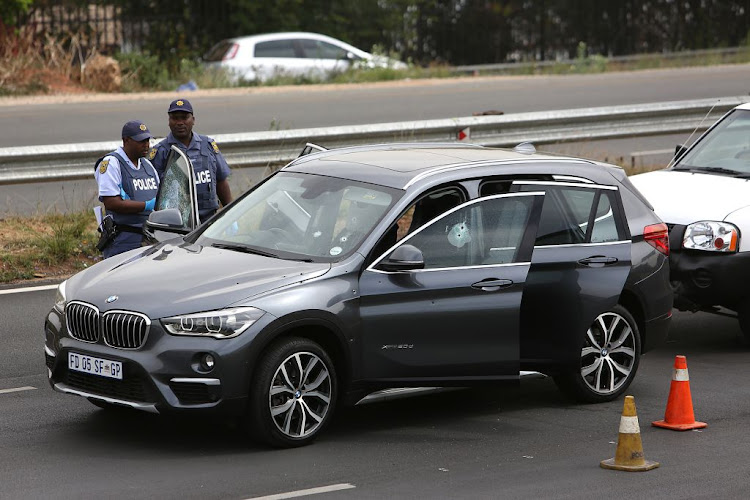 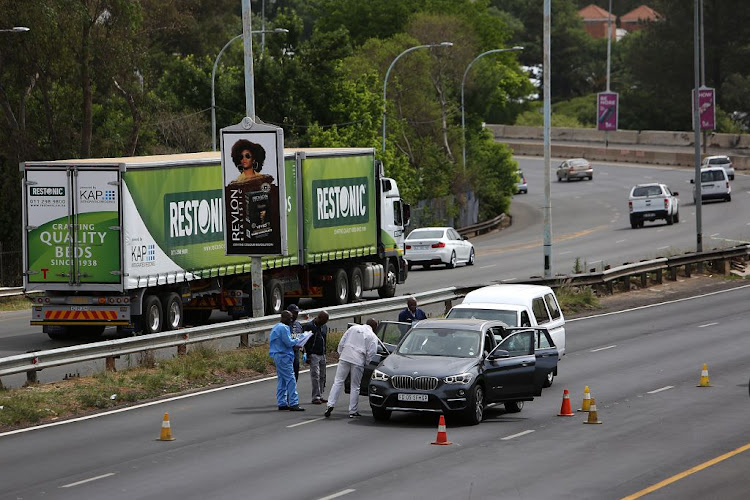 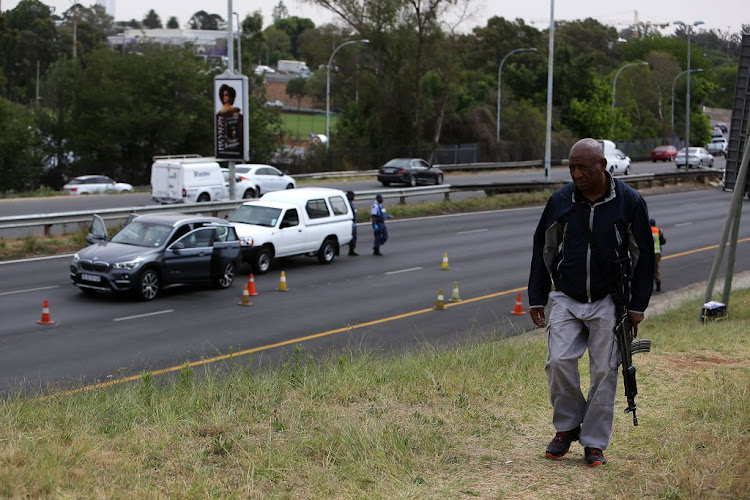 The police are searching for five suspects who shot at a car travelling on the M1 North highway in Johannesburg on Monday afternoon.

Police spokesperson Captain Mavela Masondo said the suspects started shooting at a BMW X1 travelling alongside them with rifles and pistols‚ before the BMW stopped.

The male driver was shot in the upper body and the female passenger was hit in the lower body. Both were taken to hospital.

The incident happened around 12.50pm.

The five suspects were driving in a grey BMW.

The motive of the shooting remains unknown‚ but a bag was stolen from the car.

A motorist captured the dramatic scenes when a group of five suspects opened fire on a BMW X1, forcing it to stop, just before the Jan Smuts off-ramp on Johannesburg’s M1 North freeway. The incident took place on October 22 2018.

🚧Road Closure🚧
M1 North Jan Smuts between the off and on-ramp closed due to criminal incident.@SAPoliceService on scene.@JMPD diverting traffic off the freeway at Jan Smuts Avenue and Empire road.

No one has been arrested as yet.

WATCH | Shops torched in backlash over drug dealers in Hillbrow

“Let it burn. There are drugs inside.”
News
1 year ago

WATCH | 'You hit me!': Motorcyclist confronts driver after taxi sideswipes him

Minibus taxis can break the law as they please.
News
1 year ago

Dashcam footage caught the moment gale force winds pushed a truck onto its side in the Western Cape on Saturday.
News
1 year ago
Next Article