WATCH | They danced, prayed & chanted as the protesters gathered... inside Omotoso's church 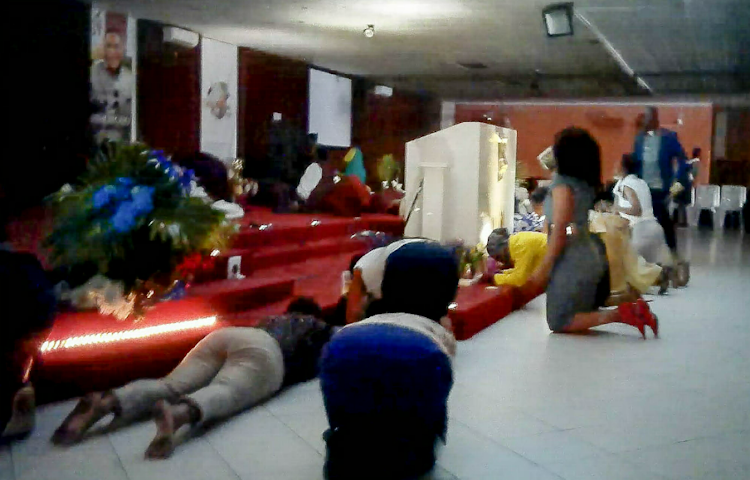 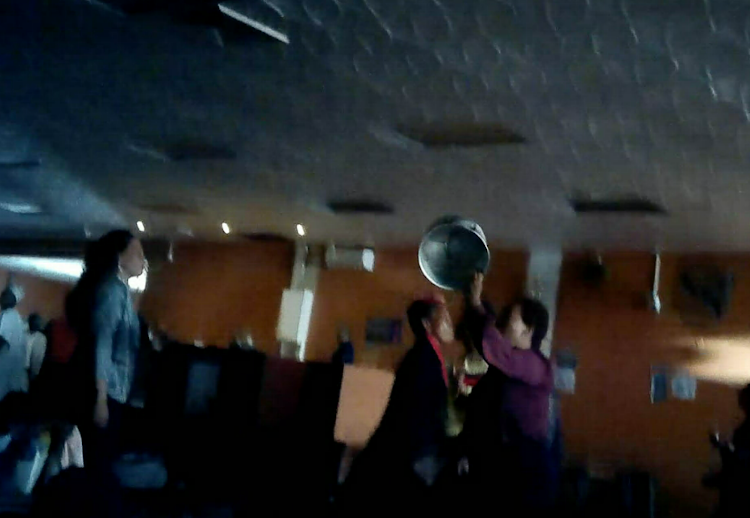 For two hours, they sang, danced, chanted and prayed, while others stood in position ready to defend the church from the raging crowd outside.

As hostile protesters intent on shutting down the Jesus Dominion International church building in Port Elizabeth gathered outside on Sunday, the band and church choir, dressed in burgundy and white robes and hats, set the mood inside with charismatic worship songs.

The church’s leader, Timothy Omotoso, is facing a litany of charges ranging from human trafficking to sexual assault and rape.

Men dressed in suits and wearing dark sunglasses stood by the sliding doors at the entrance as the congregants walked in, only allowing true members of the church in.

A neatly dressed woman spoke to everyone coming in, asking if they had the Omotoso medal or any church regalia with them to prove they were indeed part of the church.

A choir leader then spoke to the congregants, some of whom had begun focusing on the activity outside.

“No one can touch us in our own ground,” the choir leader shouted.

Each word was met with a loud “Amen!” and clapping. The congregants then broke out in screams and began stomping their feet and chanting as they prayed.

As the tension intensified outside, male congregants moved to the entrance of the church brandishing microphone stands, wooden poles and fire extinguishers, seemingly ready to defend the church from the protesters.

Protesters outside the JDI church in Govan Mbeki Avenue cheer as the church pulls down its shutters #JDIShutdown #OmotosoTrial #TimothyOmotoso pic.twitter.com/lj0cpNAFcH

The first prayer dedicated to Omotoso prompted some congregants to lie on the floor, chanting prayers, with some crying as they prayed for him.

Cheryl Zondi, the 22-year-old student who opted to testify in open court against the “man of God”  she accuses of repeatedly raping her, received ...
News
1 year ago

Jesus Dominion International shut its doors on Sunday after protesters from various political organisations and civil society gathered outside the ...
News
1 year ago

Cheryl Zondi‚ who has been testifying in the case of Nigerian pastor Tim Omotoso‚ has issued a heartfelt message of thanks for those who have rallied ...
News
1 year ago
Next Article