How 53 homeless Capetonians found shelter ... and a job 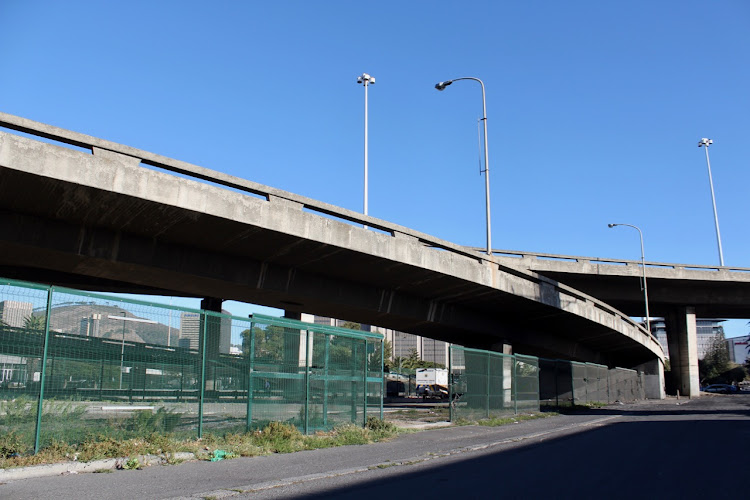 A 'safe space' for homeless people at the Culemborg bridge in Cape Town.
Image: Aidan Jones

Fifty-three street people have found employment after seeking refuge at the new “safe space” set up for them under a Cape Town city centre bridge.

Most are working part-time through organisations set up to help them‚ but one was assisted to get a public driving permit and is now a taxi driver‚ the City of Cape Town said on Wednesday.

Another has found a job at the V&A Waterfront‚ two are working for the Cape Town Central City Improvement District and one has become a full-time diesel mechanic.

JP Smith‚ the mayoral committee member responsible for the safe space‚ under Culemborg Bridge on the Foreshore‚ said another eight people had been helped to return to their homes outside Cape Town‚ six had been reunited with their families‚ and two elderly people had been placed in frail-care facilities.

It might not seem like much as temperatures plunge‚ but the City of Cape Town hopes a new “safe space” under a bridge will soon be home for 230 ...
News
3 years ago

A homeless Cape Town couple might not have many worldly goods with which to endow each other‚ but that did not stop them tying the knot on Wednesday.
News
3 years ago

The safe space has hosted two weddings between couples living on the street since opening in July‚ and Smith said a total of 268 homeless people had arrived to use its beds‚ ablutions‚ healthcare facilities and lockers.

“There have been approximately 50 people who left the safe space. It’s disappointing‚ but not entirely unexpected‚” said Smith.

“There are some rules at the space around substance use‚ and clients have to commit to some form of development geared towards reintegration. Not everyone is ready for that step and we respect that.

“It is worth reminding the public that there are many very complicated reasons why people end up on the street‚ and successful reintegration hinges on addressing those reasons‚ so it is not an overnight process.”

Smith said there were plans for other safe spaces. Four in five of the homeless people who have used the Culemborg site are men‚ and their average age is 52. The average age of the 58 women who have used it is 41.

After three decades together on the streets of Cape Town‚ a homeless couple got their “fairy tale” when they were married on Tuesday.
News
3 years ago

A “safe space” for homeless people at the Culemborg bridge in the Cape Town city centre should be operational in May 2018‚ according to JP Smith‚ ...
News
3 years ago