Left destitute‚ would you turn down old clothes? 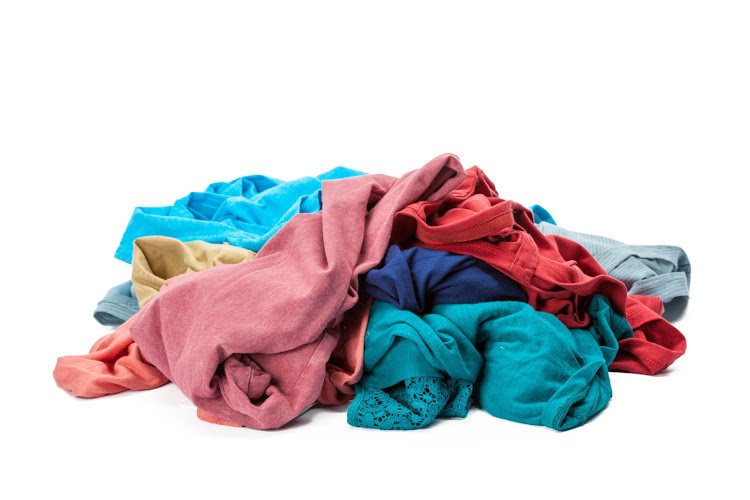 The Gift of the Givers has implemented a policy of only accepting brand new items of clothing.
Image: 123RF/fabrikacrimea

If you survived a traumatic event that left your family with nothing‚ would you be offended by a donation of second or third-hand clothing to wear?

It’s a debate that reignited on social media after disaster-response NGO Gift of the Givers spelt out on Tuesday why they chose not to accept used clothing.

Torn underwear‚ faded material‚ missing buttons and generally worn-out clothing used to be donated to the aid organisation‚ prompting them to implement a policy of only accepting brand new items of clothing.

"We spent hundreds of man hours sorting out the items to choose the best. We are often told that the goods being sent are of the highest quality‚ 'like new'‚ in mint condition‚ but the reality is totally different. Ninety percent of the items received are not of decent quality‚” said the organisation’s founder Imtiaz Sooliman.

“At the end of the day after all that hard work only 10% of goods received were decent. As a result we took a decision not to accept old clothes‚” he said.

Besides the hassle of sorting through non-usable clothing‚ Sooliman said they also did this to afford dignity to people that the clothes were given to‚ most of whom were victims who had endured a traumatic experience.

“We can’t go to any area‚ give new clothes to one group of people and others‚ used clothes. That will cause great unhappiness and people question what’s wrong with them‚ are they lesser beings‚” Sooliman said.

He added that the policy had not resulted in a decline in the number of donations. They continued to receive what he said were tons of new clothes from manufacturers‚ wholesalers and retailers.

“Recently we received in excess of R3m in new clothes‚” Sooliman said. Their explanation‚ posted on Facebook on Tuesday‚ on only accepting new clothing has met with mixed reaction.

"Oh dear‚ best I change my approach and stop donating wearable items which simply no longer fit me. I guess the folks rummaging through my bins will be thankful for any future bags of clothing left on the side for them‚" responded one person.

People in need do actually care and‚ receiving a tatty item the donor would not wear just makes the recipient feel worse about themselves and the situation.

"I completely understand their policy having seen it first hand with the Knysna fires. Many things received in Knysna from well-meaning donors were broken‚ torn‚ soiled and stained.

"People in need do actually care and‚ receiving a tatty item the donor would not wear just makes the recipient feel worse about themselves and the situation. Gift of the Givers was incredible in their contribution through this disaster and I believe are above reproach‚" wrote Joyce Hughes.

Natalya Nisbet said: “Different strokes for different needs. Don't get upset about a charity not taking a specific donation personally. These folk work with these things all day every day! They know what they need‚ what works‚ what doesn't. Same as charities that desire second-hand clothing‚ give to those with love‚ but don't get upset when people don't do things your way‚ sitting in your comfy spot with your new clothes and things‚ never having been out there in a crisis.”

“My sentiment gives to others what you want for yourself. Giving of your best and doing your best is by far only the best The Gift of the Givers may they grow more‚” wrote Zainub Basadien.

Juggling paperwork, car keys and an always-beeping cellphone, Inet Situole, a 33-year-old in a crisp white blouse, runs a fashion boutique with more ...
Lifestyle
4 years ago

One man's trash is another man's treasure. For Mthunzi Qagana, the adage has been the secret of his rise from street dweller to business owner.
News
4 years ago

There were dozens of responses.

But for those wanting to donate used items of clothing‚ the SA Red Cross Society is willing to accept it all. Spokesperson Mapadi Kekana said this was because the need differed from community to community.

“If there’s someone who wants to donate‚ we accept it no matter the condition because the need varies. After having seen the clothes‚ we take the decent ones and allocate them accordingly‚” said Kekana.

He said it was important to consider the dignity of people receiving the clothes but the organisation would not dictate what or what not to donate.

“For instance if you look at the Khayelitsha fire‚ people lost everything. There was a need for different items‚" he said.

He did‚ however‚ understand the Gift of the Givers stance on the matter. “In many countries old clothes are burned by the recipients. They feel very insulted‚” Mapadi said.

“New clothes‚ new toys‚ and new blankets just put such a sparkle and light in the eyes of people who have lost everything. It gives them hope‚ is therapeutic and makes them feel valued‚” he added.