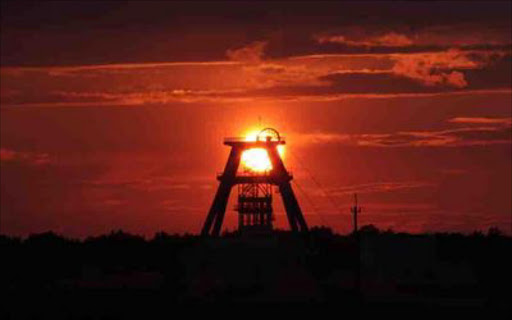 The Lesetlheng community is a constituent part of the Bakgatla-Ba-Kgafela community and contended that mining activities should not occur on its farm without its consent.
Image: Thinkstock/File photo

Having a mining right does not surpass the rights of those who currently occupy the land.

This finding was made by the Constitutional Court on Thursday as it set aside an eviction order obtained by Pilanesberg Platinum Mines and Itireleng Bakgatla Mineral Resources (IBMR) against 13 families living on the farm Wilgespruit in North West.

The Constitutional Court held that the holder of a mining right must exhaust all procedures contained in the Mineral and Petroleum Resources Development Act (MPRDA) before resorting to an interdict to restrain interference with its mining activities.

The Lesetlheng community is a constituent part of the Bakgatla-Ba-Kgafela community‚ and contended that mining activities should not occur on its farm without its consent.

When the mining activities were about to begin in 2014‚ the 13 families in Wilgespruit applied for and obtained an order to stop the mining operations on its portion of the land.

The Lesetlheng community contended they were not approached in 2008 - when the surface lease agreement was entered into - as owners of the land but as members of the Bakgatla tribe.

Mining Charter will not make everyone happy‚ says Mantashe

The new Mining Charter represents a consensus among stakeholders in the industry‚ but will not make everyone happy‚ mineral resources minister Gwede ...
Business Times
3 years ago

The 13 families also claimed that they bought the land in the early 1900s and should have been consulted on any mining operations and the awarding of the mining right on their farm.

However‚ IBMR and Pilanesberg Platinum Mines applied for and obtained an order in the North West High Court last year evicting the 37 members of the Lesetlheng community from the farm and interdicted them from accessing the property.

The high court refused the application by the Lesetlheng community for leave to appeal against the eviction‚ saying there were no prospects of success on appeal.

On Thursday‚ the Constitutional Court upheld the appeal by the Lesetlheng community and set aside the high court’s eviction order.

In a unanimous judgment‚ Acting Justice Xola Petse said it was settled law that all other satisfactory remedies must be exhausted before an interdict can be applied for.

He said section 54 of the MPRDA provided for a speedy mechanism to resolve disputes between landowners or lawful occupiers and mining rights holders when the landowner prevented a right holder from mining.

“ … the fact that the respondents’ (PPM and the IBMR) mining rights are valid….does not mean that the applicants (Lesetlheng Village Community) are … occupying the land in question unlawfully.

“The existence of a mineral right does not itself extinguish the rights of a landowner or any other occupier of the land in question.”

Sedibelo Platinum Mines said in a brief response that it was “studying the judgment and will advise pursuant actions as and when appropriate.”

“This judgment is exactly the milestone mining communities needed especially because it clearly outlined that having a mining right does not surpass the rights of those that are currently occupying the land‚” LHR’s land housing programme manager Louise du Plessis‚ said.

Government's plan to reignite economy - what to expect

The eagerly awaited stimulus package — to be announced by President Cyril Ramaphosa on Friday — will include the new Mining Charter‚ far-reaching ...
News
3 years ago

President Cyril Ramaphosa has announced measures to kickstart the economy after it unexpectedly entered a recession in the second quarter of this ...
Politics
3 years ago