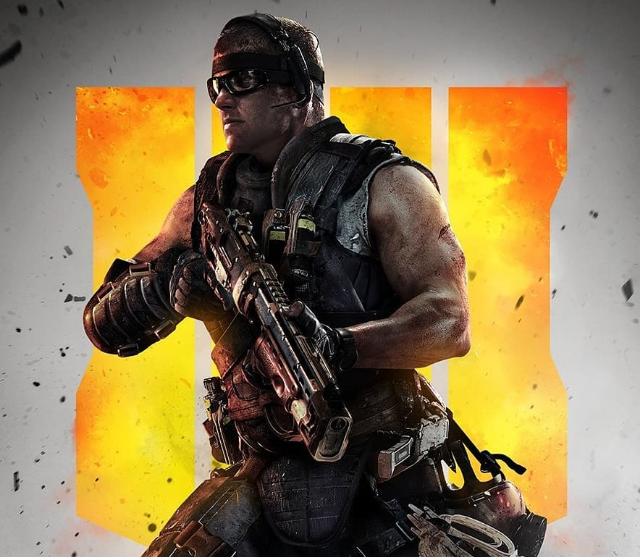 South African actor Stelio Savante applauded the creators for thinking outside the box on the Ajax character‚ whose first name translates in English to “Church”.
Image: Via Instagram/steliosavante

Do not be surprised when you hear “f**k jou!” while playing the latest video game in the mega Call of Duty franchise‚ ‘Black Ops 4’

This is because one of the main characters is South African Kerk “Ajax” Rossouw - a character voiced by South African actor Stelio Savante‚ who is now living in the United States.

Actually we recorded it both ways and final decisions are made by the editors and sound engineers - that's how it works. https://t.co/dRCxYbVJMi

“Gamers worldwide have to be able to understand what we’re saying very clearly‚” Savante told TimesLIVE. “Ajax is a brute that likes to have a good time and I think that’s what’s made the character so popular… He enjoys working with the other specialists and takes pleasure in dishing out punishment.”

Call of Duty: Black Ops 4 was released on October 12. Forbes reported the video game made R7.09-billionn ($500-million) during its first weekend.

Savante applauded the creators for thinking outside the box on the Ajax character‚ whose first name translates in English to “Church”.

“I’m pretty certain that ‘Kerk’ is a nickname. They could easily have gone the boring ‘Jan Kruger’ or ‘Johan Botha’ route‚ but they didn’t. Actually‚ I’ve met a few guys named Church over the years. [It’s] very possibly a nickname just like the medic character in the game is named ‘Crash’‚” he said.

Savante said he researched characters‚ their backstories and spoke to the creators in preparing for roles so that he was “as loose and open as possible while taping”.

“We are lucky to have the designer/writer and director with us in session and they navigate tone‚ etc‚ while we commit to the intention of the character in the context of the specific scene we are taping.”

Savante signed a one-year contract to voice Ajax after the filming was complete. He auditioned for three characters before he was selected for Ajax. He has done the voice-over work for characters in two other Call of Duty games and in the Uncharted video game series.

But is he a gamer himself?

“I do play sometimes. Mostly Madden NFL‚ FIFA and I also play Minecraft with my 11-year-old daughter.”

Savante was raised in Rondebosch and Camps Bay in Cape Town before crossing the Atlantic. He recently visited South Africa after his father passed away but returns every couple of years.

“[I] can’t stay away from authentic biltong and droëwors for too long‚” he said.