Who will be the new head of the NPA? Here are the requirements 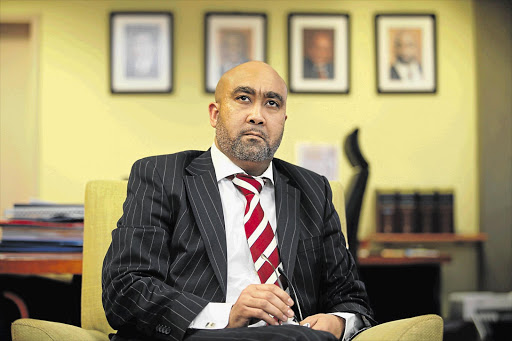 The position of National Director of Public Prosecutions is again in the spotlight after the panel chosen by President Cyril Ramaphosa to assist in selecting candidates met for the first time on Monday.

Currently acting in this position is Silas Ramaite, who replaced Shaun Abrahams after the Constitutional Court found that the appointment of Abrahams was invalid. Abrahams took up the position after Mxolisi Nxasana was dismissed by former president Jacob Zuma - a decision that was later found to be "wrongful dismissal."

Who makes the decision?

According to the Presidency, the advisory panel is chaired by Energy Minister Jeff Radebe. It includes a host of legal representatives, including Lutendo Sigogo of the Black Lawyers Association and Richard Scott of the Law Society of SA.

But perhaps the most recognisable name on the panel is advocate Barry Roux, who is the representative from the General Council of the Bar of South Africa. Roux defended Oscar Pistorius in the much-publicised trial into the murder of Reeva Steenkamp.

The final decision is made by President Cyril Ramaphosa.

The National Prosecuting Authority Act states that the position requires that the individual must "possess legal qualifications that would entitle him or her to practice in all courts in the Republic" and "be a fit and proper person with dual regard to his or her experience, conscientiousness and integrity, to be entrusted with the responsibilities of the office concerned."

Madam Prof 😊Submissions are opening for possible candidates for NPA head. I’m asking for permission to fwd your name 🙏🏽

It would've been a great pleasure and honour had u been appointed as the new NPA head. Our country needs gallant heroines like u right now.

Some people commented on the fact that there are no women on the panel appointed by Ramaphosa.

Not a single woman appointed by @PresidencyZA @CyrilRamaphosa to the panel for selecting Head of the NPA. What chances do female candidates have? #GenderEqualityNow https://t.co/PVomYuvdXS

@CyrilRamaphosa chooses these to find a @NPA_Prosecutes head

At least @KhuselaS made it into the press releas

Gender equality was the least of some people's worries. Instead, corruption and bias was highlighted.

The National Director of Public Prosecutions (NDPP) or Head of the National Prosecuting Authority (NPA) is already appointed, don’t be fooled.

Heads of NPA in the last 15 years were disgrace to our country.

The panel will hand a shortlist to Ramaphosa by December 7.