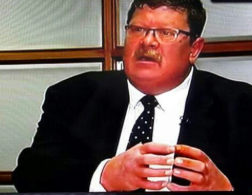 The funeral industry has been left to pick up the pieces in the wake of the VBS Mutual Bank cash scandal.

Funeral Industry Reformed Association (Fira) spokesperson Johan Rousseau told TimesLIVE on Friday that VBS had failed to pay out funeral insurance and policy claims‚ leaving members of the public and the industry frustrated.

It was one of a number of sections affected by the VBS saga.

Because Fira is not an ombudsman nor regulator‚ there was hardly any assistance they could provide‚ he said. "The only thing we are trying to do is go to the FSB [Financial Services Board] involved‚" Rousseau said.

Finance minister Tito Mboweni has given the strongest indication yet that the embattled VBS Mutual Bank could be saved.
Business
2 years ago

He warned people to be wary of the companies they did dealings with‚ saying that for now‚ they had no direction on whether they could recoup any of the funds put into VBS.

Earlier this week‚ TimesLIVE reported that government had resolved not to bail out poor and rural municipalities that were also embroiled in the scandal.

It was reported that these municipalities illegally invested more than R1.57-billion in the now cash-strapped bank. Several municipalities in Gauteng‚ Limpopo and North West invested money with VBS in contravention of the Municipal Finance Management Act.

VBS has been placed under curatorship by the South African Reserve Bank in March when it went bankrupt after alleged looting by executives led to a liquidity crisis.

Meanwhile‚ finance minister Tito Mboweni has given the strongest indication yet that the embattled VBS Mutual Bank could be saved.

Various ANC MPs and those from the EFF have called for the bank to be recapitalised.

“As we deal with the VBS matter it is important we do not throw the baby out with the bathwater. The model of VBS (encouraging a savings culture and uplifting poorer communities) before the great heist was correct… as part of the model to transform the banking sector. We will work with the regulator to ensure that the model doesn’t disappear‚" Mboweni said as he delivered his medium-term budget policy statement.

However‚ he added that the “perpetrators of the great bank heist must be locked up after a fair trial”.