Cosatu to march against e-toll 'bullying' by Tito Mboweni 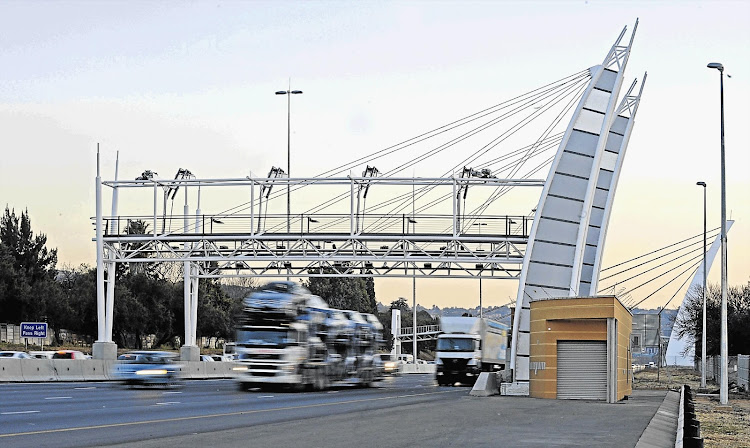 Cosatu will march to the Union Buildings after Tito Mboweni said motorists need to pay for e-tolls.
Image: RUSSELL ROBERTS

The Congress of South African Trade Unions has called on its members to rally behind a protest against e-tolls in Pretoria on Friday.

Cosatu spokesperson Sizwe Pamla said in a statement on Wednesday the march was about "sending a clear message to our government that we will only be governed by consent‚ and we will never allow ourselves to be bullied by those we have elected".

The protest comes after newly-elected finance minister Tito Mboweni‚ in his first medium-term budget policy statement (MTBPS) earlier this month‚ emphasised that motorists needed to pay for tolls and that a culture of payment needed to be restored.

Mboweni's comments stand in contrast to a resolution by the Gauteng ANC to scrap e-tolls in the province.

"[Mboweni’s] provocative statement represents a clear demonstration of a leadership that is not only power-drunk but views us as its subjects. They believe that they can do as they wish and there will be no consequences. The decision to increase VAT earlier this year is a reminder that the National Treasury is hell-bent on making workers pay for our economic problems. Cosatu and all other working class formations opposed to the e-tolling system will continue to fight for the scrapping of the unjust and exploitative system‚" Pamla said.

"The time has arrived for all ANC ministers in government to start implementing the policies of the ANC in government. There is not a single structure of the ANC or the alliance that is in favour of e-tolls and the people of Gauteng have unambiguously expressed their views on the matter.

"[Mboweni] needs to explain to all of us where he gets his mandate if not from the ANC or the alliance resolutions… The lack of an integrated public transport system is the main reason why so many thousands of motorists have no alternative means of getting to and from work."

Friday's demonstration will lead protesters to the Union Buildings in Pretoria. Leaders of the ANC in Gauteng will also attend.

Cosatu to embark on stayaway against e-tolls

The Congress of South African Trade Unions in Gauteng will embark on a stayaway on Friday to protest against e-tolls. Cosatu will deliver a ...
News
3 years ago

In a major victory for the plight of poor and mostly rural young women, Government has resolved to abolish the payment of Value Added-Tax on sanitary ...
Business Times
3 years ago