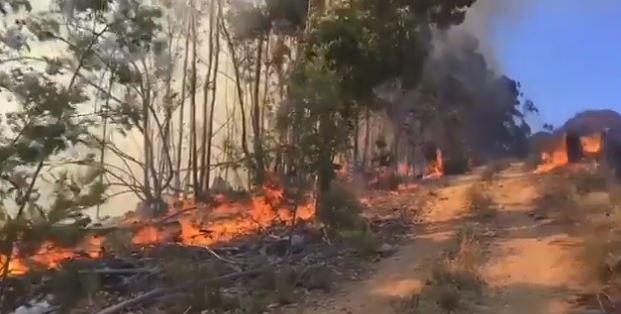 Fires along the Garden Route and in the Tsitsikamma area are mostly under control‚ with the cooler weather and lower wind speeds bringing much-needed relief.

This comes after a chaotic weekend which led to six small towns along the Garden Route being evacuated as wildfires‚ fanned by strong winds‚ raged out of control.

By Monday morning‚ five fires were still burning around the George district‚ and 11 in the Tsitsikamma area – most of which were being contained.

Mopping-up operations were under way at most of the areas where the fires had been extinguished.

Since the start of the bush fires about three weeks ago‚ more than 92‚000ha of vegetation as well as properties have been destroyed.

This includes about 20 homes and structures such as saw mills on pine plantations.

About 2‚000 people have been displaced‚ some during precautionary evacuations‚ while the death toll is nine – including six children.

Resources to fight the blazes have been increased to six spotter planes‚ five Working on Fire helicopters‚ an SA Air Force helicopter‚ three water-bombing planes‚ about 40 firefighting vehicles and 400 firefighters.

Hundreds of people have been evacuated along the Garden Route as one of the country's biggest wildfires rages on‚ leaving a scar four times the size ...
News
3 years ago

Hundreds of people have been evacuated in the Garden Route as one of the country's biggest fires rages out of control.
News
3 years ago

Free State firefighters arrived in the Garden Route to relieve exhausted colleagues who have been battling wildfires that have ravaged an area more ...
News
3 years ago