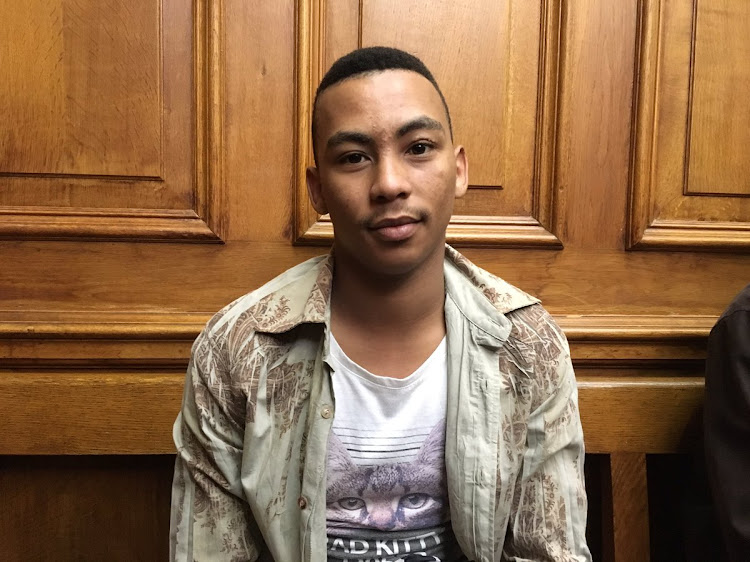 The family of Hannah Cornelius‚ who was killed when she and her friend Cheslin Marsh were kidnapped and robbed in Stellenbosch last year‚ are trying to raise funds for Marsh‚ who was left partially deaf during the attack.

The 21-year-old Cornelius was found lying dead at the edge of a vineyard in 2017 while Marsh had been beaten and left for dead in Kraaifontein.

Cornelius's cousin‚ Lali van Zuydam‚ has taken to the crowdfunding page‚ BackaBuddy‚ to raise funds for a hearing aid for Marsh.

"Through the Hannah Cornelius Foundation‚ we are raising money to assist Cheslin Marsh of Wellington in the Western Cape to buy a hearing aid‚" she wrote.

'I admit it all': Weeping Hannah murder accused confesses after graphic testimony

Chilling testimony from one of the men accused of murdering Hannah Cornelius ended with him admitting he is guilty of all 10 charges against him.
News
3 years ago

The first donation was received on Monday. By Tuesday‚ the amount donated was over R10‚500.

Last month‚ Marsh testified in court how they were attacked and how he had partially lost his hearing.

Marsh said their attackers had smashed half-bricks against his head after he gave them the wrong ATM pin for the bank cards they had stolen from him.

During the trial of the men arrested for the attack‚ the court heard that Cornelius had died from two blows to the head when her attackers dropped a large rock‚ which had been covering a borehole‚ on the back of her head.

A few days after he was arrested and accused of the robbery, rape and murder of Hannah Cornelius, Eben van Niekerk wrote a letter to her parents ...
News
3 years ago

The accused in Hannah Cornelius’s murder and rape, Eben van Niekerk, was sleeping soundly while Miemie October – the fourth victim of his gang’s ...
News
3 years ago