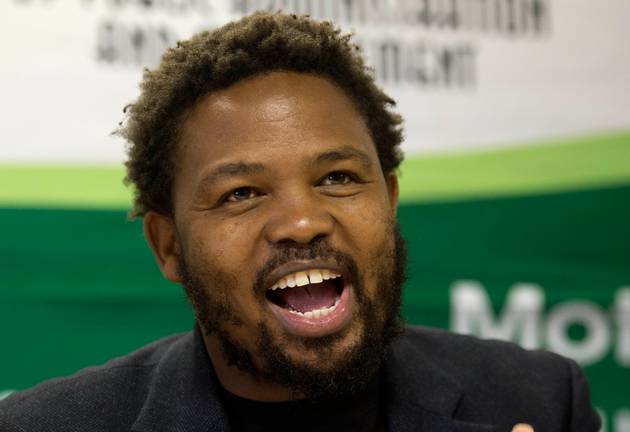 He said land was stolen by whites and this land must be returned to its rightful black owners.

Mngxitama was speaking at the Rumble in the Urban Jungle debate hosted by the Cape Chamber of Commerce and Industry in Cape Town. He was debating with economist Dawie Roodt.

Expropriation without compensation: whose land is it anyway?
Politics
3 years ago

“In SA‚ if we were to look at just two sectors‚ agriculture and mining‚ we argue that because of the inefficiency of those sectors… you will still have to radically redistribute those sectors.”

Mngxitama said the value of mining in SA was about R20-trillion in terms of the known mineral resources‚ but mining only employed 400‚000 people. “That is highly inefficient. Only for that reason you should be redistributing that economic sector‚” he said

He said agriculture did not provide more than 700‚000 jobs.

“For these two reasons‚ both historical redress and even for economic reasons‚ you will actually do land expropriation without compensation‚” said Mngxitama.

Black First Land First (BLF) announced on Monday that it was launching a crowdfunding campaign to raise a deposit of R605‚000 so it can contest the ...
Politics
3 years ago

Mngxitama warned that a land war was inevitable in SA.

Roodt said farms were not the place where wealth creation happened in a modern economy. “People do not want farms. People want to stay in cities‚ where they can have proper and decent jobs. We are not going to break agricultural land into millions of small pieces and settle millions of small farmers in SA‚” he said.

Artist Amanda Mjindi, 30, did not consider it an extreme act to simply move her few items of furniture into an empty house in the swanky Pretoria ...
News
3 years ago

Concerned that only black people are being targeted by private prosecutions‚ the Black First Land First group announced it had established its own ...
Politics
4 years ago

Black First Land First (BFL) has taken a massive swipe at the SA Human Rights Commission in its Equality Court battle against a woman‚ represented by ...
Politics
4 years ago

'Hate speech' - the case against the BLF

A woman who is taking Black First Land First (BLF) to the Equality Court for alleged hate speech wants the Independent Electoral Commission to review ...
Politics
4 years ago