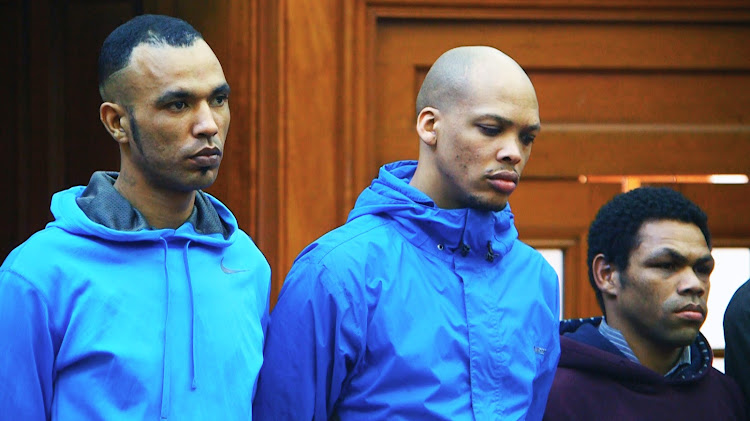 They were also found guilty of the attempted murder of her friend‚ Cheslin Marsh‚ and of robbing and kidnapping of Miemie October and Ncumisa Qwina.

The fourth accused‚ Nashville Julius‚ was found guilty of robbery and of kidnapping Marsh and Cornelius.

Vernon Witbooi, Geraldo Parsons and Eben van Niekerk were found guilty by Judge Rosheni Allie on November 7 2018 in the Western Cape high court. The fourth accused in the matter, Nashville Julius was found guilty on robbery and kidnapping charges. Sentencing is due to take place on November 8 2018.

From the back of the gallery in the Cape Town High Court‚ Cheslin Marsh watched as Judge Rosheni Allie recounted the facts of the night he lost his ...
News
3 years ago