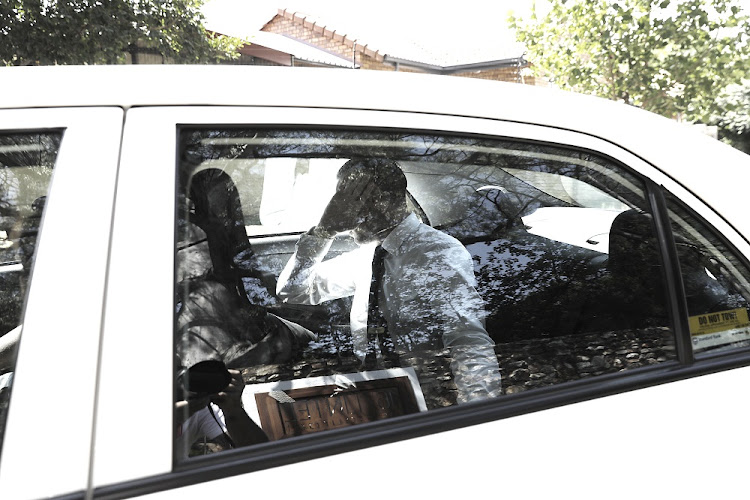 A rare glimpse of Oscar Pistorius as he arrives at the memorial service for his late grandfather in Centurion November 13, 2018
Image: ALON SKUY 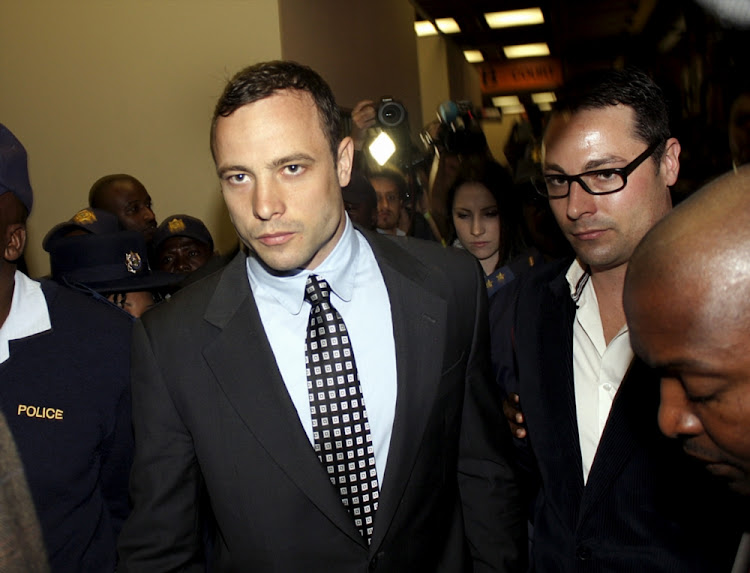 Convicted murderer and former Paralympian Oscar Pistorius was released from prison to attend the memorial service of his beloved grandfather in Centurion on Tuesday morning.

Seated in the back of the car, Pistorius covered his face with his jacket when he spotted photographers. The memorial service was held at the Kleinkaap Boutique Hotel.

His 101-year-old grandfather, Hendrik Pistorius, died in October. He ran a successful agricultural limestone supply company during his working life.

Before the service started, mourners were served tea and scones.

Hendrik is survived by seven children‚ 23 grandchildren (including Oscar) and 30 great-grandchildren. His wife‚ Gerti‚ died two years ago‚ aged 92.

Jailed Paralympian Oscar Pistorius learnt on Friday that his 101-year-old grandfather had died and did not take the news well.
News
3 years ago