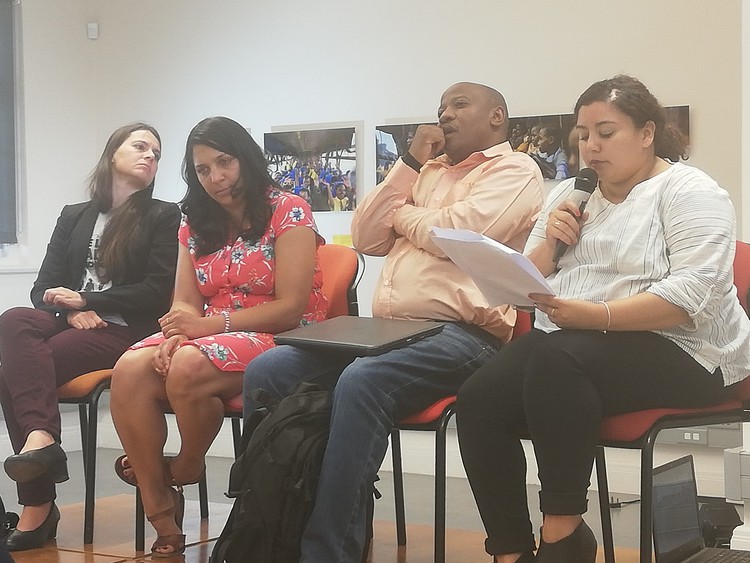 “A perfect school for me … doesn’t have to be a fancy building, just a suitable environment for teaching and learning in every day,” said Equal Education Eastern Cape Head Amanda Rinquest at a panel discussion about the state of rural education in the country on Thursday.

Rinquest was reading a letter written by a student, Siphelele Qabaza in the Eastern Cape who attends one of the problem schools with bad infrastructure that Equal Education has identified.

“We never wanted much. We just want to feel the joy in our schools with no fear of falling structures and feel warm in classrooms with no broken windows … The National Department of Education complains about the pass rate in the Eastern Cape knowing that they do not give learners proper places to study,” Rinquest read from the letter.

Mfunalwazi Primary School in Ncera Village‚ 30km outside East London‚ has 116 learners from grade 1 to 7 and only three teachers. The school was ...
News
2 years ago

Rinquest said in the last three years there has been some improvement in the Department of Education in the Eastern Cape but says there are still systematic issues. “There are still large backlogs and information gaps,” said Rinquest.

GroundUp has written a number of stories on the conditions of schools in the Eastern Cape, with children using the field as toilets and some with snakes coming into their classrooms.

“Now these are the numbers that [the Department of Basic Education] are proud of, I don’t know how they can be proud of the fact that there are schools where there is not a single toilet,” said Rinquest.

A school in Vuwani in Limpopo that was rebuilt less than two years ago with a R28.3 million Lotto grant is falling apart because of structural ...
News
2 years ago

'I fear my pupils may die in the pit toilets'

She said in many cases when they visit the schools they find different information than what the department provided.

Katiso Mosioua, a teacher at Chief Henry Bokleni High School in Libode, 34km from Mthatha, said they were happy with assistance from Equal Education which helped them get a state of the art school that was finished in June this year.

“In the previous school we experienced overcrowding with a class compliment of 98 students for one teacher, we had 1,500 students for 17 classes … It was difficult for teachers who had to mark 98 papers for one class and that affected the pass rate” said Mosioua.

On 7 November 2017, KwaZulu-Natal departments of education and transportpromised in courtthat from 1 April 2018 all of the 12 schools would be getting transport.

Judgment postponed in battle with Motshekga over school standards

Judgment in the case of Equal Education versus Basic Education Minister Angie Motshekga has been postponed to Thursday July 19.
News
3 years ago

Judgment will be handed down in Equal Education’s application against the Minister of Basic Education to comply with the norms and standards for ...
News
3 years ago

'They told me I'm not a boy but their wife': Pupil raped by five classmates

Communal toilets in Burundi informal settlement in Mfuleni have been blocked since January because a problem with innoculations has prevented the ...
News
3 years ago