Infamy! They've all got it in for me, Zuma tells court 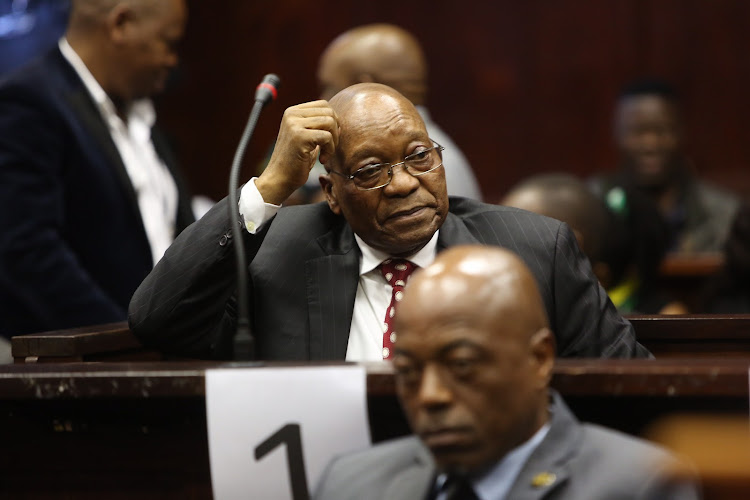 Former president Jacob Zuma appears in the Durban High Court on June 8 2018. He is charged with 16 counts, including fraud‚ corruption and racketeering.
Image: Jackie Clausen / Pool

Former president Jacob Zuma says the National Prosecuting Authority (NPA) should answer to allegations that “public and private funds were used to influence the rape charge” laid against him more than a decade ago – a case he now suggests was part of “concerted efforts to get me convicted of a crime” and rule him out of the ANC’s 2007 leadership race.

Zuma made this argument in his application for a permanent stay of his corruption prosecution, which he says has been defined by political manipulation, undue delay and “blatant prosecutorial bias”.