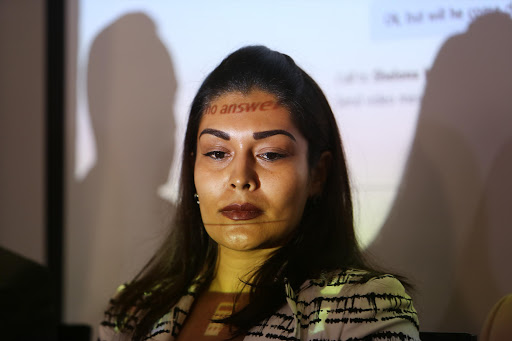 Renisha Jimmy, the sister of Reshall, who died after his Ford Kuga caught fire in 2015. Private prosecutor Gerrie Nel said Ford had 'warned the family that it had deep pockets'.
Image: Alon Skuy

AfriForum said on Wednesday that it would support the family of Reshall Jimmy, who burnt to death in a Ford Kuga, in their battle with Ford Motor Company.

"The criminal justice system of South Africa failed the victim in this case. The family has been waiting almost three years for the case to be investigated," said advocate Gerrie Nel, head of the civil rights organisation’s private prosecution unit, at a media briefing in Centurion on Wednesday.

Reshall’s sister, Renisha, alleged at the briefing that Ford had offered the family a vehicle worth R1m and to set up a charitable trust in her brother's name.

She said the family had rejected this offer due to the circumstances of his death. "It’s about getting justice and the truth of what actually happened," she said.

Reshall died in his Ford Kuga after it caught alight while he was on holiday in Wilderness in the Western Cape. His family have been trying to get answers from Ford ever since.

The family of Reshall Jimmy‚ who burnt to death in his Ford Kuga‚ are a step closer to learning why his luxury SUV inexplicably caught alight and ...
News
3 years ago

Renisha said they were fighting Ford as she believed the company had to take responsibility for the safety of their customers, which she described as a "ticking time-bomb", and to ensure that nobody else suffered the same fate as her brother.

"It has damaged my family. My mom really struggled ... It’s been a difficult journey," she said. "I just hope that it comes to an end so that our family can actually grieve. We haven’t had a chance for that. It’s just been fighting from day one to get some form of justice.

"Everything financially has been put into this matter," she added. "Even though Ford has the deepest pockets and we don’t, we will not stop until they take responsibility for what they’ve done."

Nel claimed that Ford warned the family during earlier meetings that they had "deep pockets". He called Ford a "corporate bully" and said the last time the company spoke directly to the Jimmy family was when former CEO Jeff Nemeth was still in charge. He returned to the US in March 2017.

"For a company just to sit back and say, 'I will not deal with this', for me that is the issue at hand. That’s why we perceive the treatment as bullying."

Audi SA is taking heat from agitated consumers after a number of Audi owners have taken to social media to document their cars going up in flames‚ ...
News
4 years ago

On November 1, the justice department told the family that an inquest into Reshall’s death would be held February 4 2019 in the Western Cape High Court.

The National Prosecuting Authority (NPA) decided not to prosecute Ford and denied the family a nolle prosequi certificate because they were awaiting the result of the inquest. (The certificate would confirm that the NPA had declined to prosecute.)

More than 80 Kugas have caught fire on South African roads‚ resulting in the global motoring giant having to recall more than 4‚000 of them as part of several safety fixes to the vehicles.

"We remain cooperative with the authorities to help all parties reach a resolution, including the start of a formal inquest to gain closure on the many unanswered questions surrounding this case. Customers can be assured that our commitment remains on delivering safe vehicles.”

AfriForum announce at a media conference that Adv. Gerrie Nel, Head of the civil rights organisation’s Private Prosecution Unit, will be supporting the Jimmy family against Ford.

Posted by AfriForum on Tuesday, 20 November 2018