Doctors shot during robbery at hospital residence in Limpopo 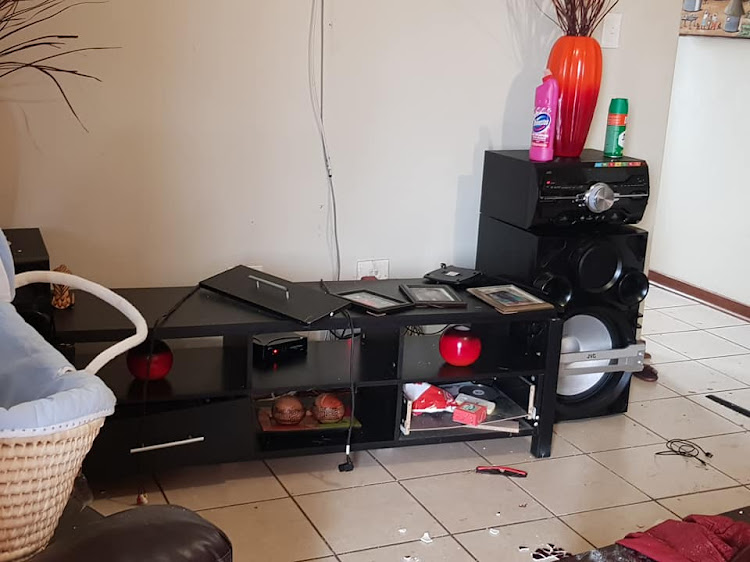 Three doctors were shot when heavily armed men burst into their residence at Letaba Hospital in Limpopo during a robbery early on Thursday.

Photographs of the crime scene show a broken window and what appeared to be blood and a discarded shoe in the living area of the residence.

One of the victims, a woman, was taken to hospital in a critical condition and was to undergo surgery.

A two-month-old baby was unharmed during the shooting.

The provincial health department said in a series of tweets that witnesses reported that five heavily armed men speaking in a foreign language had carried out the robbery.

Limpopo police spokesperson Colonel Moatshe Ngoepe said the doctors were asleep when the group of men broke in.

Police are investigating cases of attempted murder and house robbery.

Health and Other Services Personnel Trade Union of South Africa (Hospersa) spokesperson Kevin Halama said, "It is shocking because it begs the question about security levels at hospitals and facilities. It makes one wonder what is the safety of our members if incidents like this can take place.

"We sent some staff members and work leaders to investigate the incident and also probe the security levels at the facility."

witness account says 5 heavily armed men who were communicating in a foreign language broke into the residence, held doctors at gunpoint, robbed them of personal belonging before shooting two female and 1 male doctor

1 female doctor shot during the incidence is critical. She has been rushed to theatre where an orthopaedic surgeon, general surgeon are due to operate on her

'Why is our beloved land so violent?' Pain at murder of guesthouse host

Cape Town resident Patrick Johannes was counting his blessings after surviving a heart bypass two years ago, but at the weekend, his life was cut ...
News
3 years ago

Muhammed Shaik was determined to beat his cocaine addiction, for the sake of his wife and three young children.
News
3 years ago

Police are investigating a case of arson following two “suspicious” fires at Durban’s Addington hospital on Thursday.
News
3 years ago