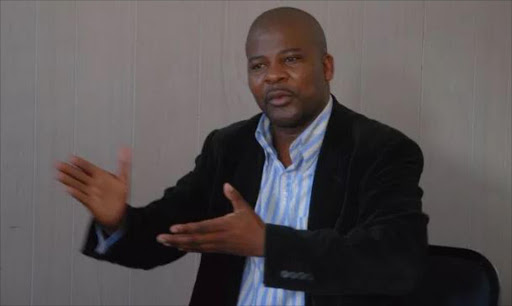 The DA in Nelson Mandela Bay wants minister of cooperative governance and traditional affairs (Cogta) Zweli Mkhize to intervene in the municipality by sending an administrator to take charge of the city’s administration.

This as city manager Johann Mettler is on suspension and the city is on its third acting city manager since Mettler was suspended in September.

DA Eastern Cape leader Nqaba Bhanga announced at a media briefing on Monday that the party would also be writing to Cogta MEC Fikile Xasa within the next 24 hours to ask for intervention in the metro.

A special council meeting in Nelson Mandela Bay started off on Friday with points of order‚ clashes between DA supporters and metro police‚ squabbles ...
Politics
2 years ago

Meanwhile, the DA announced it would be tabling motions of no confidence in mayor Mongameli Bobani, speaker Buyelwa Mafaya and chief whip Bicks Ndoni at the next ordinary council meeting on December 4.

This will be the DA's first attempt to remove Bobani since he took office. However, the party supported an earlier attempt by the ACDP and COPE to oust the mayor through a motion of exigency on November 2.

Bhanga said conversations with national leaders of other parties were under way to lobby support for their motion.

"We know that this coalition is on the brink of collapse and therefore we are going to mobilise residents, political parties and anyone who can support us because we can't allow the city to be stolen again," Bhanga said.

A Nelson Mandela Bay council meeting degenerated into chaos on Tuesday morning after attempts by security to eject Lutho Sokudela‚ a recently sworn ...
Politics
2 years ago

Former Cope MP Nqaba Bhanga is the Democratic Alliance’s candidate for premier of the Eastern Cape for the 2019 elections‚ party leader Mmusi Maimane ...
Politics
2 years ago

DA federal council chair James Selfe has been accused of trying to curry favour with senior party members as he fights a possible attempt to dump him ...
News
2 years ago
Next Article