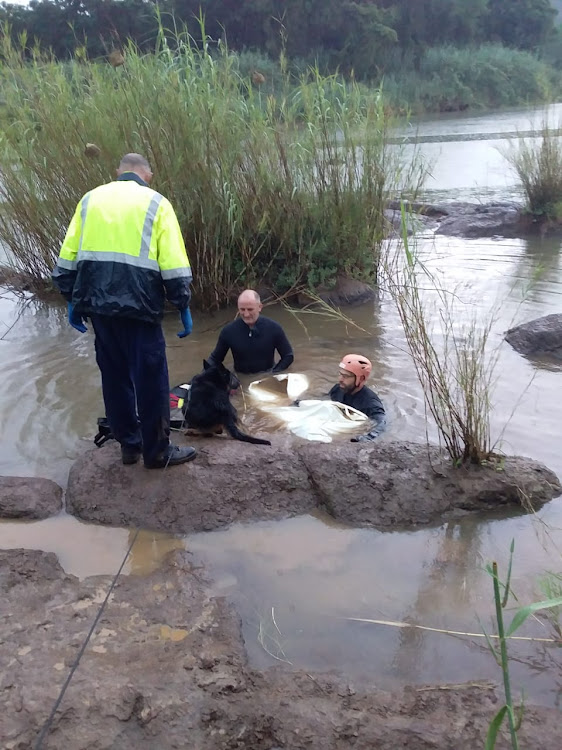 Police search and rescue unit divers recover the body of a 16-year-old boy who drowned while fishing in the Umzimkulu River, on the KZN South Coast, on Sunday.
Image: Supplied

A teenage boy drowned while fishing in the Umzimkulu River, on the KZN South Coast, on Sunday.

Police search and rescue divers rushed to the scene in the Mehlomnyama area and, guided by a specialised search dog, located the 16-year-old’s body on the riverbed.

It is understood that the teen had been fishing when he lost his footing and slipped into the water.

In another incident at the weekend, a 39-year-old man drowned while swimming in a dam in Ndlangubo, near Mtunzini, 150km north of Durban.

The man was spotted flailing in the water, before disappearing beneath the surface.

Police are investigating both incidents.