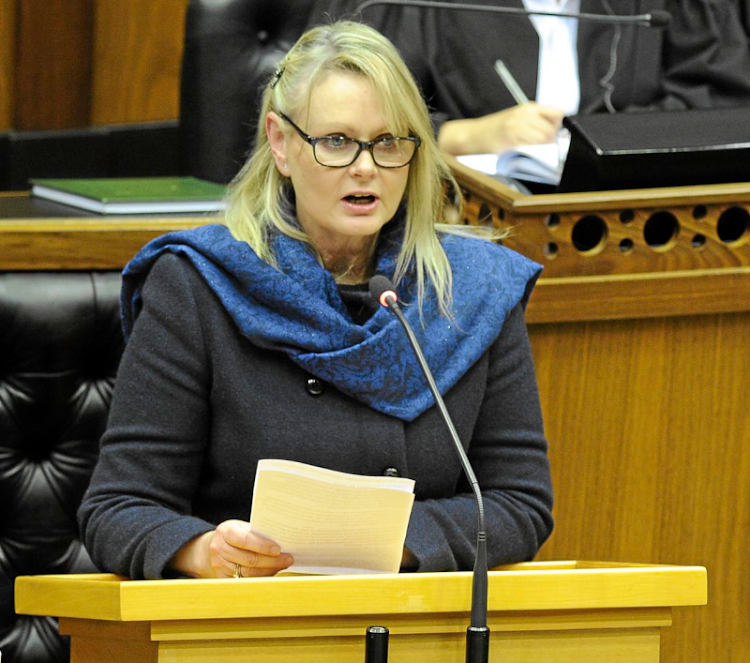 ACDP MP Cheryllyn Dudley has been a driving force behind granting parental leave to those not previously covered by maternity leave.
Image: Gallo Images

Employees who were not entitled to maternity leave before will now on be entitled to 10 days’ paid parental leave to be paid out of the Unemployment Insurance Fund.

This follows the signing of the Labour Laws Amendment Bill into law by President Cyril Ramaphosa on Friday.

In terms of the act an employee who is a parent not covered by maternity leave will be entitled to 10 consecutive days’ parental leave when their child is born or when an adoption order is granted.

It also enables the adoptive parents of a child of under two years old to take adoption leave of two months and two weeks consecutively.

The originator of the act, Henri Terblanche, welcomed the signing of the bill into law.

"Congratulations to (African Christian Democratic Party MP) Cheryllyn Dudley for all her hard work with the Labour Laws Amendment Bill that was signed into law on 23 November by President Ramaphosa," Terblanche said.

Although Terblanche petitioned parliament with the proposal for parental leave, the ACDP then tabled a private member's bill relying largely on Terblanche's petition.

"This is an achievement that every South African can be proud of," Terblanche said.

Terblanche said the law was progressive, gender neutral and would contribute to a more equitable society as it recognised the role of both parents in their care-giving duties towards their children.

Sonke Gender Justice, which supported Terblanche’s petition to parliament, had noted in a report in July 2018 that children who received quality care and healthy bonding and attachment in the first 1,000 days of their life were less likely to require health services than children without such care in their early years.

The organisation, in its State of South Africa’s Fathers 2018 report, said mothers who had just given birth were unlikely to be able to do all the care work required to keep an infant safe and healthy.

The organisation said if the birth was by caesarean section, a new mother would require at least 10 days to recover before she could lift and carry a baby on her own.

Tawanda Makusha of the Human Sciences Research Council and Linda Richter of the University of the Witwatersrand said a study had shown that paternal attachment had been associated with reduced risk of future child abuse by the father.

Another key argument in promoting fathers’ involvement in the first 1,000 days and more broadly was that it was a pathway to greater gender equality.

They said after the child was born, fathers played a vital role in influencing important decisions such as early birth registration, breastfeeding and the duration of breastfeeding.

Include the elderly in 'family responsibility leave'‚ parliament told

There is a need to accommodate the overwhelming majority of South Africa’s workforce who perform the job of caregiver to elderly members of society ...
News
3 years ago

Same-sex couples and adoptive and surrogate parents will soon be able to take parental leave, and fathers will get at least 10 days' paternity leave.
News
4 years ago

Hendri Terblanche‚ who successfully petitioned Parliament to allow men to get more days off to take care of their newborns‚ is now asking Parliament ...
Business Times
4 years ago