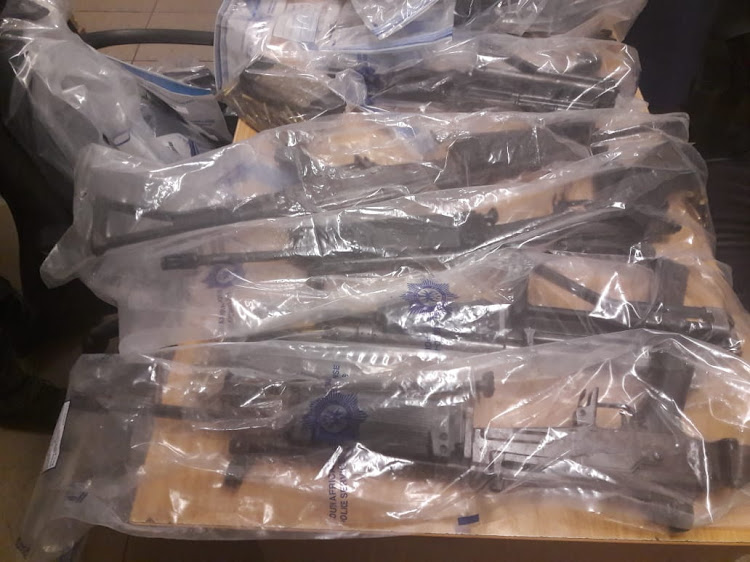 The police have arrested six suspects who were allegedly planning a cash-in-transit (CIT) heist in Alice in the Eastern Cape.

Police spokesperson Brig Vishnu Naidoo said they arrested the suspects on Monday in a joint operation with the Hawks.

"The intelligence-driven operation began at the weekend after crime intelligence received a tip-off that a group of armed men from the Western Cape were planning to rob a CIT vehicle in Alice in the Eastern Cape."

The police arrested the suspects in Alice and found two R4 rifles, four R5 rifles, a revolver, a minibus and a sedan. Four suspects remain at large.

"A white Toyota double cab was found abandoned along the road at Fort Beaufort. This vehicle was also confiscated."

The guns are going for ballistic tests to check if they were used in other robberies.

National police commissioner Gen Khehla Sitole said: "While we are making significant inroads into curbing cash-in-transit heists, more work needs to be done as these robberies continue to plague us."

Crime against business continues to rise

Crime against businesses, hijackings and theft by force were on the rise in the second quarter of 2018.
News
2 years ago

The Hawks and crime intelligence operatives thwarted an attack on an armoured cash-in-transit truck travelling through QwaQwa in the Free State on ...
News
2 years ago

Eight men were arrested at a house in Kroondal near Rustenburg while allegedly planning a cash-in-transit heist.
News
2 years ago

A Limpopo police officer handed himself over to his colleagues at the weekend shortly after he and a friend hijacked a vehicle which turned out to be ...
News
2 years ago