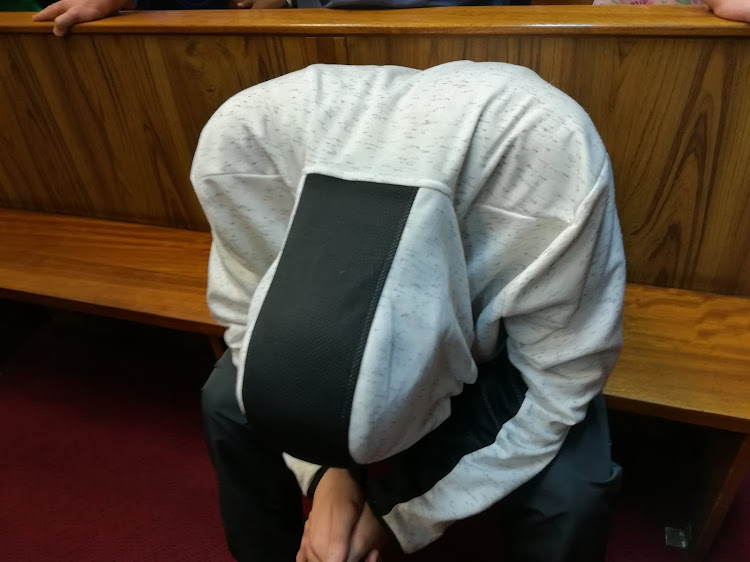 The man accused of raping a child in a Dros restaurant in Pretoria hangs his head in the dock on November 28, 2018.
Image: Nico Gous

The 20-year-old man accused of raping a child at a Dros restaurant is set to return to court in Pretoria in mid-January.

He appeared in the Pretoria Magistrate's Court briefly on Wednesday.

In the dock, he hung his head low, clenching his hands.

He stared at the floor, and sniffed and rubbed his hands across his eyes and nose intermittently when magistrate Ignatius du Preez and others addressed him.

He is awaiting admission to the Weskoppies psychiatric institution for an assessment.

His case was postponed until January 15.

Du Preez said if a bed becomes available before January 15, the suspect will have to appear in court again before he is transferred to Weskoppies.

Jacobson said the accused will undergo a mental evaluation by the district surgeon on Wednesday.

The accused stands accused of raping a seven-year-old girl in a bathroom in the restaurant’s Silverton branch.

He has been remanded in custody since his September arrest.

During a previous appearance, on November 1, the court heard that the accused had been diagnosed with bipolar disorder and had undergone treatment for substance abuse as a teenager. Legal Aid attorney Riaan du Plessis said there was a history of mental illness in the accused’s family.

Dros rape case back in court, while donations pour in for child's needs

The 20-year-old man accused of raping a child at a Dros restaurant is set to return to court in Pretoria on Wednesday.
News
2 years ago