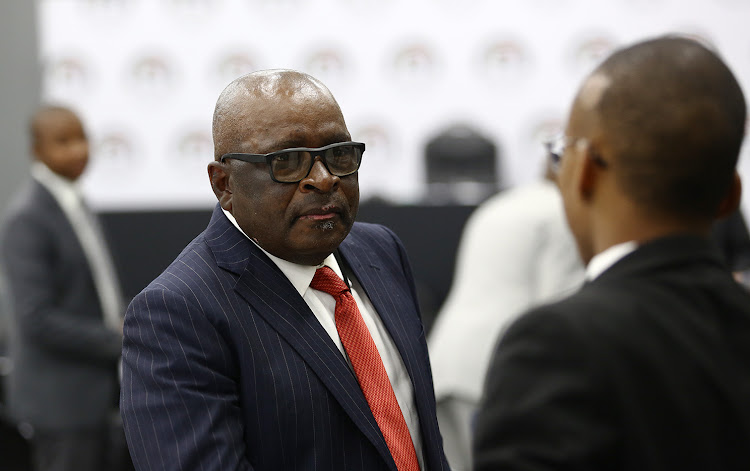 When Ramatlhodi did not comply with Ngubane’s request, Zuma called him to Mahlamba Ndlopfu, his official residence in Pretoria, where Ramatlhodi was told he was being moved to the Department of Public Service and Administration (DPSA).

In his testimony before the state capture inquiry on Wednesday, Ramatlhodi referred to a meeting that took place in 2015 between himself, then Eskom CEO Brian Molefe and Ngubane at the mineral resources ministry in Pretoria.

The meeting was called after Molefe refused to renegotiate the price of a long-term coal supply contract between Eskom and Glencore and instead reinstated a disputed R2.17bn penalty that Optimum Coal Holdings (owned by Glencore) allegedly owed for supplying sub-standard coal.

This forced Glencore to put Optimum into business rescue. The decision also came at a time when the Gupta family were actively lobbying for the purchase of Optimum.

In the meeting, Ngubane allegedly demanded that Ramatlhodi “take all the licences Glencore has”.

When the then-minister refused, Ngubane allegedly said he would report him to Zuma. Molefe was apparently silent during the meeting.

“[Ngubane] had descended into the arena. He was now chief executive officer in addition to being chairman of Eskom,” Ramatlhodi said.

Zuma was on a state visit to China at the time of the meeting and when he returned “a week or so” later, Ramatlhodi was summoned to Mahlamba Ndlopfu.

“He said I was being promoted to the [DPSA]. He said that portfolio needs somebody senior. I thanked him and left. We serve at the will of the president as ministers. I might have my own ideas but when I was appointed to [DMR], I did not object so subsequent to that when I was moved to [DPSA], I did not object,” Ramatlhodi said.

“The issue of Optimum was not resolved until the mine was sold to the Guptas under [Mosebenzi Zwane’s] supervision. I had refused to co-operate with him in that portfolio because I felt we were doing a good job and we were being forced to do wrong things.

"The promotion was a punishment to send a message. The interesting thing is that when I got out of there, a Gupta minister came in; a man who is known and who confesses to be a Gupta friend replaces you and then all of a sudden Optimum mine is sold to the Guptas.”

When Ramatlhodi was moved to the DPSA, he received a request from Zwane, recommending that implicated Mzwanele Manyi be appointed director-general at mineral resources. He said he refused because Manyi did not possess the required qualifications for the job.

“No minister can employ a head of department without the concurrence of PSA. They brought in an application where they were recommending Manyi as DG. [The Guptas] clean everybody out of the department and put their own people in. They bring in a minister and they clean the department.

“I then indicated to Zwane that I was unable to appoint Manyi because he did not have a post-graduate certificate or degree.”

Ramatlhodi was axed from Zuma's cabinet in May 2017.

Former Cabinet minister Ngoako Ramatlhodi has described how Duduzane Zuma tried to get him to meet the Gupta family during his tenure as mineral ...
News
3 years ago

Government officials who have tangible information that could assist the commission of inquiry into state capture fear coming forward because they ...
News
3 years ago