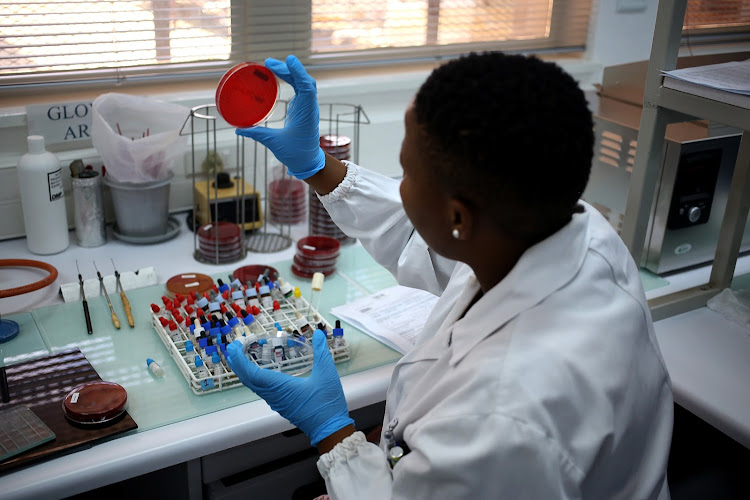 The National Institute for Communicable Diseases in Johannesburg dealt with the listeriosis outbreak in SA, which affected 1,000 people and killed 218.
Image: ALON SKUY

Deputy judge president Phineas Mojapelo is only days away from certifying a class action allowing a group of people who contracted listeriosis or lost loved ones to the disease to sue Tiger Brands.

A judge needs to order that a class action lawsuit can go ahead, in the place of individual cases.

More than 1,000 people contracted listeriosis and 218 died in the world's largest listeria outbreak in 2018. The health department traced the source to Tiger Brands' Polokwane factory and the polony it manufactured.

Almost 100 of those who died from the food-borne illness were babies under 28 days old who contracted it before birth.

He wanted some changes made to the class action agreement and said once these were done he would agree to it on Monday.

Polony contaminated with listeria is still being sold‚ even though health minister Aaron Motsoaledi says the listeriosis outbreak that killed at ...
News
3 years ago

Richard Spoor, acting for some of the complainants, previously told TimesLIVE that Tiger Brands could have opposed the class action and lengthened the legal process by years, but chose not to.

Attorneys acting for Tiger Brands and for the complainants have drafted a document on how the class action would go ahead. It is called an order.

Mojapelo said "by and large the order seems to be reasonable". However, the judge said some paragraphs were "too vague" and open to multiple interpretations.

He explained he did not want the order to later become subject to court battles. "Certification is a not a terrain for contestation.”

It was agreed that the order would be updated by both sides and the judge would certify the order on Monday.

He wanted the order to specify that if the claimants lost, they would not owe the lawyers any money.

"You see my concern has always been those who are not here and cannot speak for themselves," said Mojapelo.

The lawyers for the people who contracted listeriosis are taking the case "on contingency", meaning they only get paid if their clients win.

Those represented by the class action will include relatives of the deceased, people who have long-term health damage from contracting listeriosis and healthy survivors.

All 1,060 listeriosis victims could benefit as Tiger Brands agrees to class action

Lawyers representing victims of the listeriosis outbreak will approach the South Gauteng High Court to certify the litigation as a class action.
News
3 years ago

One of the clues that led to discovering the source of the outbreak was when nine children at a Soweto crèche become sick and were vomiting. The paediatrician who saw the children at Chris Hani Baragwanath hospital asked city health inspectors to visit the crèche and take food samples.

The polony taken from the crèche was Enterprise polony manufactured by Tiger Brands and was found to be contaminated with listeria.

The owner of the crèche,  Momi Oliphant, was in court on Wednesday with her seven grandchildren and children from the crèche who became sick.

She said two of the nine children who contracted listeria "are not the same".

One coughs frequently and does not respond to medicines.  Another has frequent headaches, is tired and has lost his appetite.

But she could not confirm their health issues were due to listeria. She "thanked the Lord" no one in her crèche died from listeria.

When the class action is certified on Monday, the challenge will be to find all those who had listeria and get them to join in.

Media adverts starting in 2019 will be used to urge victims or relatives to come forward.

The health department and the World Health Organisation (WHO) have put measures in place to strengthen food safety in a bid to prevent the outbreak ...
News
3 years ago